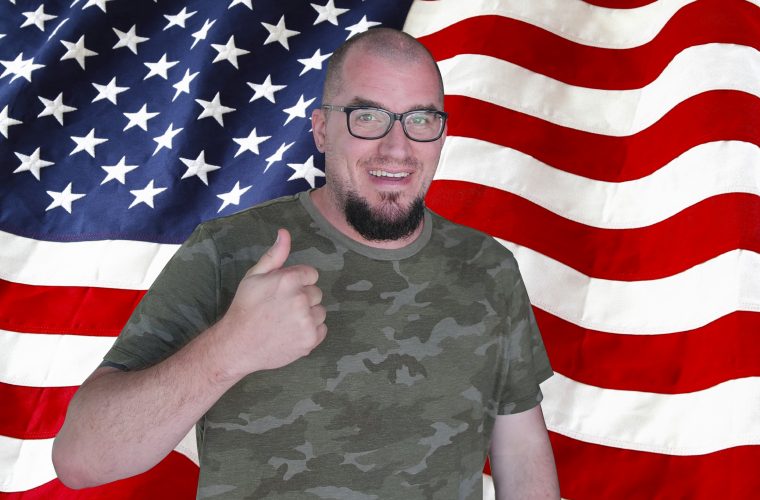 Timothy Carr, the founder of 'Geeky Amreeki' is a movie reviewer who has rapidly become your go-to source for movie reviews and ratings. His in-depth considerations of all things film aim to improve your overall experience of the movies, noting what worked well in the film and what could have been better. Carr’s energy on the screen, coupled with his passion for the art of making films have made him one of the best reviewers on the media circuit today. His undeniable enthusiasm for his subject makes him the kind of person you would want to hang out and talk movies with. In this interview with ILQ, Timothy Carr talks about his journey into the world of movie reviews.

Tell us about your educational background and work experiences?

I took photography classes in High School where I had to learn how to develop everything from photographic negatives to the actual photos using old school chemical processes in a dark room. I have a B.S. in Visual Communications but almost all of my filmmaking skills, from cinematography to lighting and editing, are self-taught over the last 11 years or so.

Before that, I was a firefighter in the U.S. Air Force for 10 years, saving lives all over the world. For around four years after that, I was a technician who installed Networks and VoIP for companies. I then worked as a precision, off-road and tactical driving instructor for another two years in Kuwait. Through all of that, I was a voracious consumer of all things film, gaming, and TV, so much so that my friends would often consult me for reviews! I have been living and working in the GCC for 10 years now - five years in Kuwait, and five in Qatar.

So how did the idea of the 'Geeky Amreeki' show come out?

I’ve loved movies, games, and TV ever since I was a kid, but the idea of the show emerged about three years ago. I was sitting down one evening with Hamad Al-Amari (The Qatari Guy’, QTip co-host of ILoveQatar.Net), who suddenly said he wanted to watch movies that were fun and action-based. I suggested 'John Wick' and 'The Raid', but he refused both. I explained what made them good without spoiling them and he decided to watch them. He was surprised he loved them both and suggested that I make a show where I could talk about movies and geek related topics. He believed in my skills as a reviewer and entertainment writer so much that he supported me in the creation of the show.

One day, I was at home creating the format and trying to come up with a name. Turns out it was easier than I thought. Hamad always called me Amreeki when filming me for his snaps and Instagram stories since I am from America. Since I am a geek and the show is about geek culture, it kind of just popped into my head like a lightbulb in the cartoons 'The Geeky Amreeki'! So, the show was officially born at that moment. After that, it was easy to create social media and YouTube channels.

How have your audiences responded?

It's been pretty great. Everything is organic because I wanted to start with that small dedicated following of people who really enjoy my reviews, video essays, let’s plays and speaking out on other more controversial issues in the industry. In the beginning, I focused on social media, acquiring a lot of followers who showed interest in my posts. I also created a list of 600 movies to talk about, and as soon as studio work was done, I started creating my videos. The studio name is Tape Studio that runs by Hamad. I don't simply talk about movies and TV shows, but also about games in order to let my audience know if they should invest their time in them. And there is a lot more in the production value than just the usual YouTube talking head format.

Which social media platform is the most popular right now?

Well, everybody loves Instagram. That is the platform I have the most followers on. But the most important is YouTube since this is a show about movies, games, and TV, after all. The social media has a lot of fun content like trivia and giveaways, but it's primarily used to drive people to the YouTube Channel.

How do you select your ideas?

I highlight movies from all corners of the globe and from all time periods. I mostly talk about horror, crime, sci-fi and anything geeky like comics or anime. I am an actual filmmaker that has been producing movies, short films and documentaries for over 10 years so that informs my ideas and reviews. Most YouTubers who talk about movies, games, and TV have no actual experience in any of the above topics. I took classes and have hands-on experience in all of them. When it comes to the actual 'Geeky Amreeki', show I'm really creating content for real cinephiles, TV nerds, and hardcore gamers.

What do you focus on while reviewing a movie or game?

I break a movie or game down point by point, for example, my Review Breakdown includes what I call the Good, the Bad and the Ugly. The good is the thing I most like about the subject in question, the bad is what could have been better, and the ugly is the major issue with the movie, show or game that, in my opinion, may have ruined it like censorship.

Do you also talk about Qatari movies or Arabic movies?

Yes, when I have the opportunity. If it has subtitles I will review it just like I do Korean, Japanese and European films or shows.

How often do you make videos?

I make three episodes a week and my average review is 9 - 15 min. Some of are even longer if they are a really notable release like 'The Avengers'. The game reviews tend to be longer to since most gaming outlets are too brief and never finish the games before reviewing. They also tend to be influenced by corporate interests, whereas I am independent and brutally honest.

What is the main aim of your show?

My aim is to keep my audience informed about what movies and TV shows are worth watching, or which games are worth playing because all of this stuff costs time and money and I don't want people to waste either.

If someone wants to follow a similar path to yours, what are your suggestions?

Well, ideally they should have experience with the practicalities of filmmaking or some other kind of film-related education. I took film production and game design classes in addition to my extensive hands-on ­experience. If you are a regular person and you love movies, that's great, but that doesn't mean you understand the in-depth technical issues or what goes on in the making of a film, show or game. So, make sure you educate yourself on those topics. I would also recommend watching lots and lots of movies, old and new, to learn more about filmmaking, cinematic camera angles and editing techniques. If you don’t have an encyclopedic knowledge of the art you’ll have a tough time truly analyzing it.

Do you have a message for your audience?

I hope they will always continue to watch and engage with my show. Arts criticism is a very personal form of interaction, so I look forward to interacting with all of you to ensure that my movie, show and game reviews amongst all my other fun content will help you find the perfect one for any occasion! Oh and thanks to those who have watched and supported the channel! Love you guys!