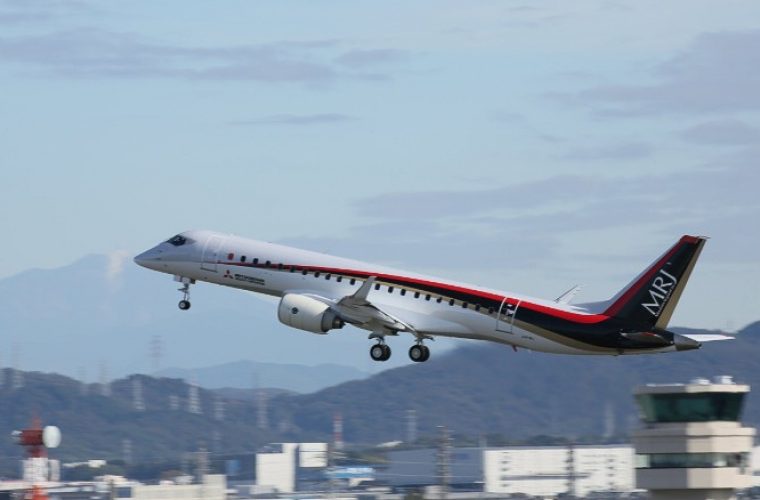 The first Japanese-made passenger jet embarked on its debut flight Wednesday, an event seen as signaling the country's ambition to position itself as a major player in world aviation.

After a series of delays, the Mitsubishi Regional Jet (MRJ) -- Japan's first new commercial aircraft for 50 years -- for took off from Nagoya Airport in central Japan.The 90-minute flight went smoothly.

Mitsubishi claims the jet, which comes in 78 and 92 seat versions, uses 20% less fuel than other aircraft in its class thanks to aerodynamic design.

The smaller sized regional aircraft will put Mitsubishi in competition with Brazilian plane maker Embraer SA and Canada's Bombardier, which dominate the market for passenger jets with fewer than 100 seats.With Mitsubishi set to conduct more test flights, first delivery of the jet is not scheduled until mid-2017.Japan's largest carrier,

All Nippon Airways has signed up to receive the first MRJ planes, having ordered 15.