Dynamic Duo: Girls Who Give Back

It’s in the genes. Sana and Sahar Al-Ansari are two sisters who love to volunteer, raise awareness, and provide services to the community.

Sana, a communications freshman at Northwestern University in Qatar, began her anti-traffic accident crusade when she was only 17 years old as a senior in high school. Her short six-minute film, “If They Only Knew” debuted in April 2015 and focused on the impact of reckless driving on the families of victims.

“I know a lot of people this has happened to. I know boys who’ve died just before their wedding,” Sana said. She hopes to make a difference through the filmmaking industry. “I chose film because I felt like that was the best way to get to the youth.”

Despite people doubting her success in the filmmaking profession, Sana is not disheartened. “My family supported me throughout this,” she said. Sana will continue to both make films at NU-Q and raise awareness on driving safety.

“If you want to raise awareness on an issue and want to change the community in a good way then it’s good,” Sana added.

Sana is currently working with a group of five girls, Summer Al-Ansari, Nafla Al-Marri, Shaikha Ghareeb, and Isra AlEfadl at a booth called “Think and Drive” at Traffic Week in Darb El-Saai. Their booth, which they run with the help of Reach Out to Asia and the Traffic Department, presents Sana’s film and sheds more light on the impact of car accidents.

Sahar, like Sana, is also a student. Sahar studies interior design at Virginia Commonwealth University in Qatar and hopes to use her major to build homes for people who have been affected by natural disasters.

This year Sahar traveled to Nepal with the Hamad Bin Khalifa University Leadership Council and ROTA. She was chosen to lead a group of students, including her sister Sana, who were selected from Education City for the trip. 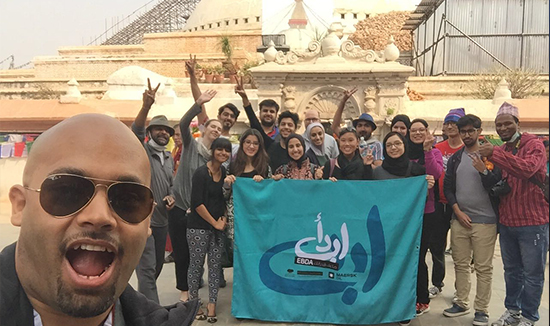 “It was a life changing experience, [I] can’t put it into words,” Sahar said. The students ran different workshops and classes while in Nepal on culture, leadership, sports and health, and information technology.

“We saw the places where the earthquake hit and they're still living out of tents. That makes me very upset because I feel like I can help them in terms of shelters,” Sahar said. They had food and medicine but they didn't have shelter. It plays a big role in helping communities get better, she added.

She also talked about having a greater appreciation for the Nepali community in Doha as she never interacted with them on a personal level before the trip.

Sahar participates in a lot of volunteer work. She’s on the ROTA Youth Advisory Board, the Qatar Foundation International Leadership Council, is involved in clubs at VCU-Q, and also volunteers at Hamad General Hospital once or twice a year. 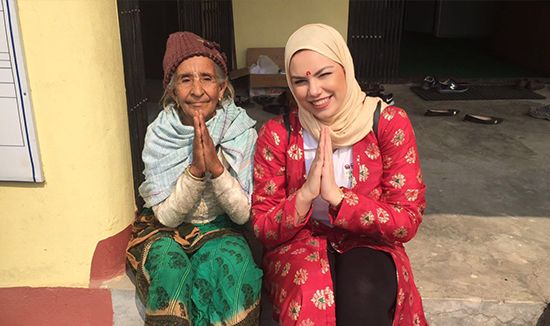 “I don’t want to leave this Earth without having my fingerprints on it. This is my duty as a human being,” Sahar said. “I really hope more people will volunteer and go on these trips because they’re very useful.”