Drunk driver stopped from driving wrong side of the road 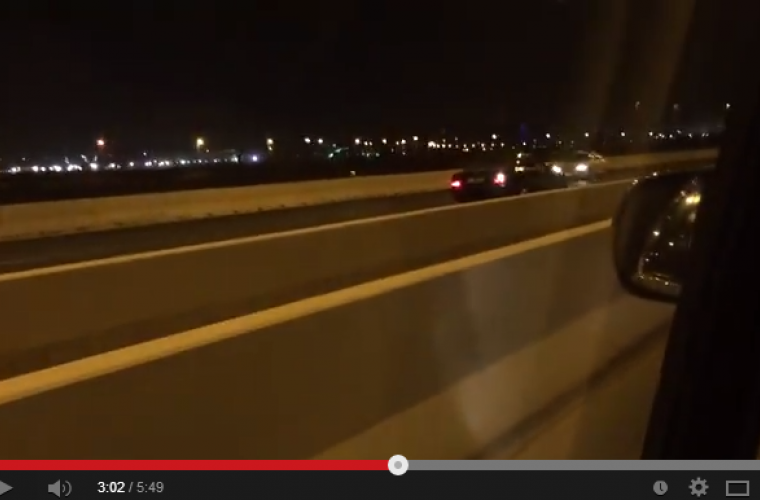 Now this is something a bit unexpected. Jihad Masoud and his friends captured an apparantely drunk man driving on the opposite side of the road while on the way to Hamad International Airport.

Jihad shares his story, "Just as we were about to take the exit from the airport from the highway, we saw a dark blue Mercedes with the driver side door opened, parked in the middle of the road just before the exit. Curious, we stepped out of the car thinking perhaps the driver might be sick and possibly need medical attention.

As soon as we approached the car, we immediately realized, the drive (male) was drunk; the car was reeking with alcohol. One of my friends immediately notified the police while my other friend and I tried to keep him in his car and wait for the cops to arrive.

Unfortunately, we made a gigantic mistake by letting him get back in his car... we were somehow blinded. What we shoul dhave done was taken his car keys and pinned him down or something. He drove off. In the hopes of rectifying our mistake and for the sake of humanity we chased him.

He sped up and pulled over on the side and so did we. Just as we pulled over, the driver then reversed out on the highway, and started driving (in the opposite direction). We took a U turn from the signals at the end of the highway (which thankfully weren't far and were green) and started speeding in order to find him on the other side. That's when I started to shoot the video."

In the video we see a man in a thobe stop in front of the car. Luckily the drunk driver stopped and didn't hit the man who was trying to help.

Police arrived at the scene shortly after and arressted the man.

Qatar has a ZERO tolerance policy on drink driving. People can get immediate jail time, fines, and deportation.