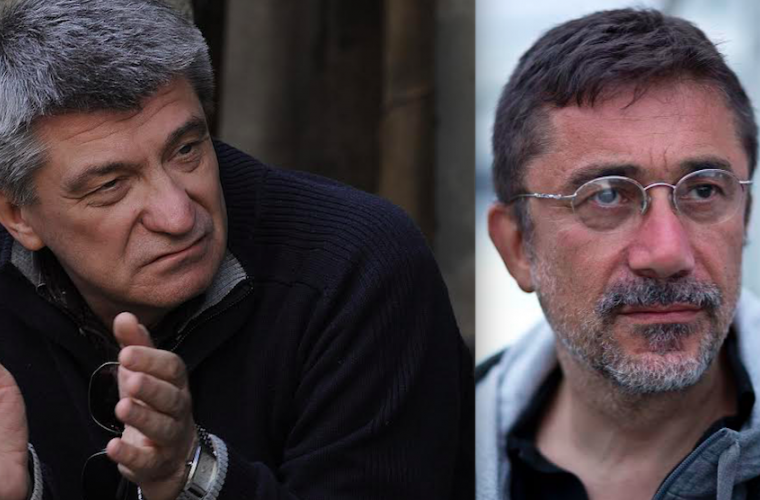 Turkish filmmaker Nuri Bilge Ceylan (Once Upon a Time in Anatolia, Winter Sleep) and Russian filmmaker Alexsandr Sokurov (Faust, Russian Ark) have been confirmed as Masters for the Doha Film Institute’s second edition of Qumra, set to take place from 4 to 9 March, 2016.

Following the huge success of its inaugural edition, the two acclaimed filmmakers join previously announced Qumra Masters Naomi Kawase and Lucrecia Martel for the second edition of the new initiative, which debuted in March 2015 to support the development of emerging filmmakers from Qatar, the region and around the world

Ceylan and Sokurov are both masters in world cinema whose work has received the highest accolades at the world’s most prestigious film festivals including the Berlin Film Festival, the Cannes Film Festival and the Venice Film Festival.

Fatma Al Remaihi, CEO of Doha Film Institute said: “We are proud to welcome Nuri Bilge Ceylan and Alexsandr Sokurov to Qumra. They have each created a distinctive body of work and a cinematic legacy for generations to come. They are an inspiration, not only to the emerging filmmakers whose work will be mentored through Qumra, but to us all.”

In their role as Qumra Masters, Ceylan and Sokurov will participate in a series of masterclasses, and one-on-one advisory sessions with participating Qumra projects and industry professionals from around the world, with a selection of the Masters’ films being screened for Doha audiences during the event. Qumra is presented by the Doha Film Institute and was developed with the guidance of Artistic Advisor, Elia Suleiman who participated as a Master in the inaugural edition.

In addition to representatives from the 30 projects from Qatar, the MENA region and around the world whose projects are mentored through the initiative, members of the local and regional creative industries are also invited to participate in Qumra, where they will have the opportunity to attend a series of networking events, Qumra Master Classes, and daily screenings of films by the Qumra Masters and recipients of funding from the Institute, followed by question-and-answer sessions.

Online accreditation is now open for local film industry delegates to register for Qumra 2016. Film and media industry professionals can visit www.dohafilminstitute.com to register their interest and and will receive a confirmation of accreditation after 21 February, 2016. Capacity is limited and applications will be processed on a first-come, first-served basis.

Nuri Bilge Ceylan was born in Istanbul and after graduating from the Department of Electrical Engineering at Istanbul's Boğaziçi University, he studied cinema at Mimar Sinan Fine Arts University for two years.

After making the short film 'Cocoon' (1995), his first two feature-length films, 'Small Town' (1997) and 'Clouds of May' (1999) were screened at the Berlin International Film Festival.

His subsequent films 'Distant' (2002), won the Grand Jury and Best Actor Prizes at the Cannes Film Festival; 'Climates' (2006) which took the FIPRESCI Prize at Cannes; 'Three Monkeys' (2008), for which he was named Best Director at Cannes; and 'Once Upon a Time in Anatolia' (2011), which gave him his second Cannes Grand Jury Prize.

'Winter Sleep' (2014), his most recent film, received the Palme d’Or, the most prestigious award of the Cannes Film Festival.

Alexander Sokurov was born in 1951 in the former USSR. While a student of history at Gorky University, he began working in television and, at the age of 19, he produced several films and live television programmes. In 1975, he began studies at VGIK in Moscow and at the time of his graduation, Andrei Tarkovsky, impressed by Sokurov’s first feature, ‘The Lonely Voice of a Man’ (1977; released 1987) lent the younger director his support and the two went on to become lifelong friends.

In 1980 Sokurov went to work at Lenfilm, while at the same time working at the Leningrad Studio for Documentary Films. He has won numerous awards over the course of his career and in 1995, the European Film Academy listed Sokurov as one of the best 100 directors of world cinema.

He found international acclaim in 1997, with the release of ‘Mother and Son’, which received the Silver St. George award at the Moscow International Film Festival and six years later ‘Father and Son’ (2003), took the FIPRESCI Prize at the Festival de Cannes. His ‘Russian Ark’ (2002), remarkable for being composed of a single shot taken in the Winter Palace of the Russian State Hermitage Museum in St. Petersburg, won the Visions Award at the Toronto International Film Festival.

His extensive filmography also includes numerous documentaries, and a tetralogy of films that are a meditation on power. ‘Moloch’ (1999), won the Best Screenplay Award at Cannes; ‘Taurus’ (2001); ‘The Sun’ (2004) and ‘Faust’ (2011) which premiered at the Venice Film Festival, where it won the Golden Lion, the festival’s most prestigious prize.

Most recently, ‘Francofonia’ (2015), Sokurov’s consideration of the Louvre Museum, premiered in Venice, where it won the Mimmo Rotella Award. Currently, he is in the process of founding Bereg, a film studio for non-commercial films.