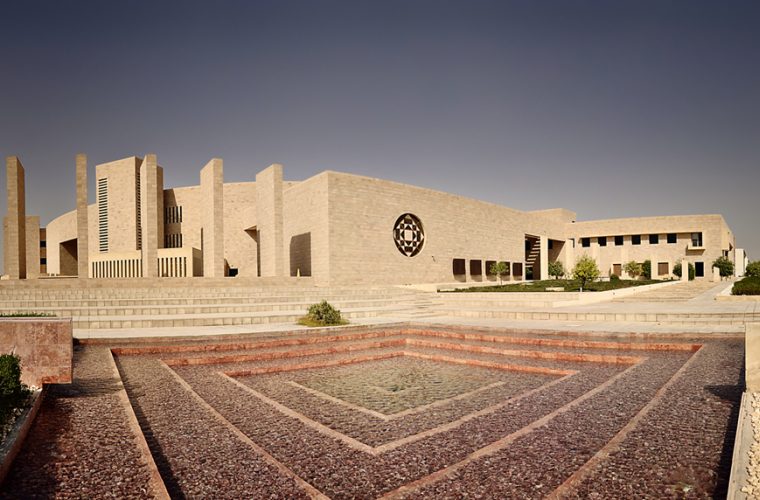 While some people are quite content to sail through life, displaying little or no ambition to have a positive impact upon society, others have a burning desire to exploit their innate potential for the greater good of humanity.

Sabih Bin Wasi, 22, a senior at Carnegie Mellon University in Qatar (CMU-Q), clearly fits into the latter category. The ambitious computer science student has managed to turn what began as a routine class assignment into a product that could potentially change the face of social media data analysis.

Millions of people all over the world use Twitter to share information about what is going on around them. However, researchers have only recently begun investigating how to automatically mine and understand these opinions and sentiments using machine-learning tools. Achieving this goal is complex, since Twitter language tends to be very informal, with new words, abbreviations and genre-specific terminology continuously being invented.

The ‘Feedbox’ application allows for the polling of how people are feeling about something at any given moment in time. Now, apply that concept to corporations, brands, celebrities and even governments and, well, the penny drops – possibly straight into Bin Wasi’s and Neyaz’s bank account.

“Although ‘Feedbox’ is still in the testing phase, it is essentially an application that facilitates the automatic search of hashtags to grab live tweets from the internet. It then processes them, through the Twitter sentiment classification algorithm we developed in class, to display whether tweets are positive, negative or neutral,” he says. “And because I am minoring in entrepreneurship, turning concepts into business projects is something I personally love to do.”

Explaining how ‘Feedbox’ could be applicable to the business world, Bin Wasi adds: “So if I am the head of marketing at Apple, for instance, and I want to know how my new product is being received on the market, ‘Feedbox’ can analyse people’s tweets to essentially give a summary of public sentiment about the product.”

As simple as that sounds, actualising that process digitally is slightly more complex.

Yet the ‘Feedbox’ application, essentially the commercial product that stemmed from theTwitter Sentiment Classification system developed in class, was developed overnight by Bin Wasi and Neyaz.

It was created as a demonstration of the Twitter Sentiment Classification system for the CMU-Q ‘Meeting of the Minds’ 2014 annual research symposium, a platform upon which students present their research projects to industry representatives alongside faculty members, fellow students and family. CMU-Q, a member of Qatar Foundation, hosts ‘Meeting of the Minds’ in Doha to support and encourage undergraduates to participate in innovative research.

The pair’s late-night brainstorms paid off handsomely as Wasi and Neyaz won ‘Best Undergraduate Research Project’ and ‘Best Poster’ for ‘Feedbox’ at the 2014 symposium.

They were also awarded 4th place at SemEval 2014, an international competition on computational semantic evaluation that draws entries from researchers across the globe. Bin Wasi and Neyaz are also set to present their system at the SemEval workshop in Ireland this August during the 2014 International Conference on Computational Linguistics.

“I chose to study computer science because the way I look at education is that it equips me with the right knowledge to be able to help people,” says Wasi. “Therefore my interests lie in directly impacting society through creativity, outside the bounds of the corporate world, and I believe with AI, most inefficient tasks around us can be made easier, quicker and smarter.”

“I moved from Pakistan to Doha for my undergraduate degree and by living an independent life faced many problems that I had never experience before,” he says. “And that’s when I got the idea of how to solve problems through automation technology, to ultimately improve people’s lives and help them make better decisions that could impact humanity.”

Bin Wasi’s most recent creation, a food management system, might even set him on the path to doing just that. Recently awarded a QR 140,000 prize at Al Fikra, Qatar's National Business Plan Competition run by Enterprise Qatar, the ‘Foodate’ system learns the content of a person’s kitchen to then manage product expiry dates in order to reduce food wastage.

“Most of the projects I’ve worked on came about because I was trying to solve my everyday problems,” says Wasi. “But I see myself as an entrepreneur who creates products through sophisticated technology that positively impacts the life of the common man.”