Fan of motorsports? Catch up with Qatar's Brothers Team For Drift! 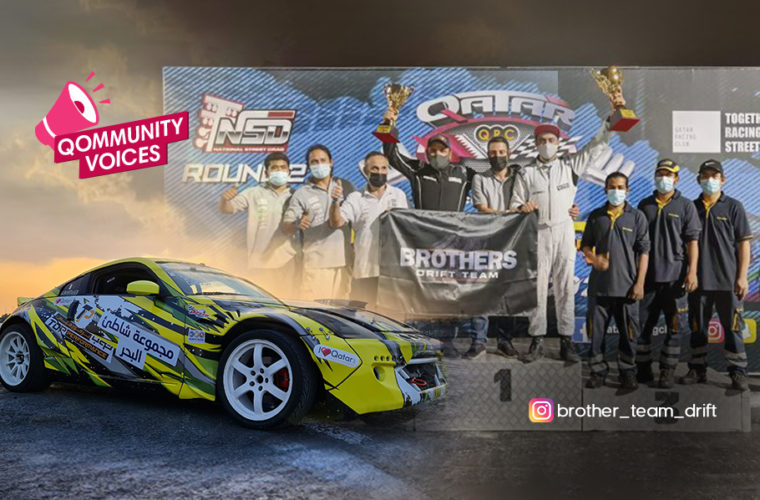 Are you a fan of motorsports? Do you know the sport of drifting? Drifting is an extreme sport where the driver of a car intentionally steers too much, causing the car's tires to lose their grip on the road.

In Qatar, there is a group of drift car enthusiasts and experts who are well-known in the drifting circuit both locally and internationally. They call their group the Brothers Team For Drift! The ILoveQatar.net (ILQ) team reached out to them to find out what the group has been up to now that the car racing and drifting competitions are reopening.

Let's catch up with them here!

ILQ: What is 'Brothers Team For Drift' and what does it do?

Brothers Team For Drift: Brothers Team For Drift is a group of men with a passion for cars, motorsports, and drifting. We try to develop our skills as racing drivers throughout the season. We participate in local and Middle East drifting competitions. We build our cars, maintain them, and repair them if anything goes wrong.

ILQ: Who is the founder and how long have you been drifting for?

ILQ: How many members are there in your group? Please tell us how each member contributes?

The team has three drivers:

Abdullah Al Mohtaseb - Abdullah is from Jordan and is the main driver. He represented Qatar in the 2018 Red Bull Car Park Drift World Final held in Beirut, Lebanon. He owns the auto workshop where they build and fix their drift cars.

Ahmed Al Jaber - Ahmed is from Jordan and is the team’s new driver. He is getting all the support from the team to be one of the best drift drivers in Qatar and in the Middle East.

Ali Al Jabsheh - Ali is from Canada. He is also a new ‘brother’. He used to drift in Canada and now he has joined the team to drive drift cars in Qatar.

Our service team is made up of three members as well:

Hani Al Mohtaseb - Hani is the service team manager. He takes all the notes from the drivers and gives feedback to the service team and mechanics on any issue of the car and on what needs to be done to fix the car.

Yahya Al Dakak - Yahya from Syria is the team’s mechanic. He is responsible for fixing and repairing any damage to the cars. He always makes sure the Brothers’ cars are in great shape.

Mamoon Qamaraldeen - Mamoon is a reliable mechanical assistant from the service department team.

Our management and media team has two members:

Sanad Al Dosari - Sanad is from Qatar and is the manager of the team. He currently works in Qatar Embassy in Jordan but he makes sure the Brothers Team For Drift has everything it needs, especially in times of competition.

Jed Watt - Jed is from Australia and has been the team’s video producer and photographer for four years. He documents all of the team's drifting events and posts them on their social media pages.

ILQ: Why drifting? What do you enjoy most about it?

Brothers Team For Drift: We are after the sound of the engine, the sight of the smoke, the smell of the tires, and the teamwork. Drifting is different from traditional forms of motorsports and we find it more exciting hence our attraction to it.

ILQ: How often does the team meet and what does the activity entail?

Brothers Team For Drift: Anything in life needs practice. As they say, practice makes perfect. As the drifting season gets closer we tend to meet up more often, almost on a daily to weekly basis. We usually discuss our plans for the upcoming season, as well as work on our cars.

ILQ: What’s next for the Brothers Team For Drift? Any competitions coming up?

We are excited to be joining the competition again since we all know how the pandemic has affected us immensely. All the previously scheduled events were postponed and eventually got canceled. The team is hoping to win and represent Qatar again in the World Final which will be held in Cairo, Egypt on 29 October 2021.

ILQ: Any advice for aspiring or newbie drift racers/drivers in Qatar?

Brothers Team For Drift: We always suggest that beginners start with a car that has the basic drift modifications. It's important to develop your skills and the car modifications simultaneously. This sport can be expensive, but if you build a dependable car, everything will be worth it!

ILQ: Is there anything else you would like to say?

Brothers Team For Drift: Our message to everyone who has a passion for racing or drifting is to stay safe and only partake in these activities at the track. Unfortunately, street racing still happens and is extremely unsafe and against the law. Follow your dreams, but safety first!

Venues such as the Qatar Racing Club, Qatar Motors and Motorcycle Federation provide a safe environment where hobbyists and professionals alike are able to practice their passion in a safe and secure manner. Anyone who is interested in the sport of drift driving can always reach out to us and we will try our best to answer your questions.

Do you know of someone who’s got an exceptional talent or is making a difference in our Qatar community? Drop us a line in the comments below and you could see them highlighted in the next Qommunity Voices. 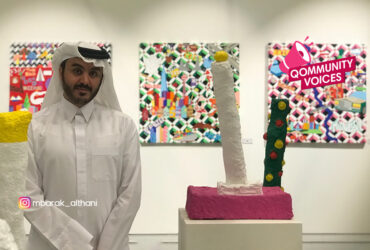 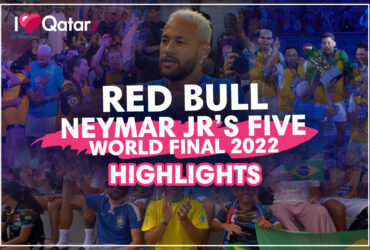