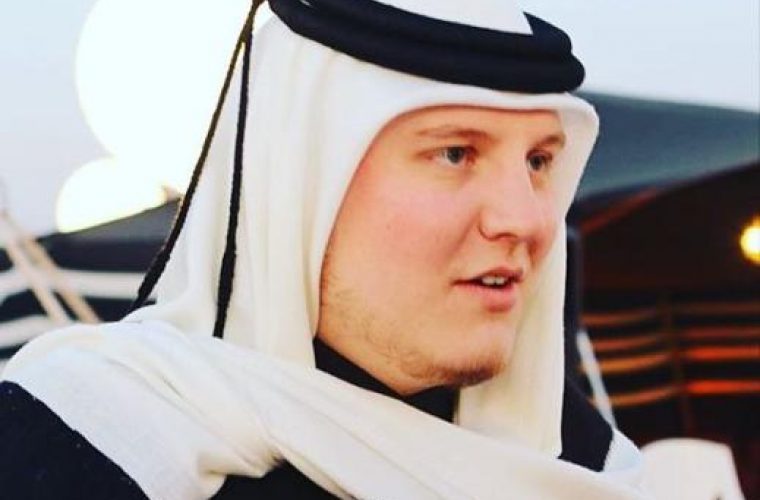 The American celebrity from Saudi Arabia, Joshua Van Alstine, who is known as “Abu Muteb - al Amriki” - has moved to Qatar, where he came to help cover the country’s National Day celebrations last week.

The son of an American father and Turkish mother, the unusual celebrity has been enjoying enormous fame across the Arabian Gulf.

Wearing traditional clothes and speaking fluent Arabic with Saudi accent, Van Alstine has become extremely popular in the region over the past few years.

The 25 year old American Muslim is not a native speaker of Arabic, however he started learning the language at the University of North Texas, where he was surrounded by Saudi students.

He first captured attention when he posted a video on Youtube in 2011, challenging Westerners to seek a better understanding of Islam. His videos about his life hanging out with the Saudis became viral in the region especially Saudi Arabia.

His life completely changed in 2013, after he was offered a job by the Saudi Ministry of Education to develop a new TV channel. His acting career also started in the Kingdom, as he took part in a famous Saudi TV soap opera.

Having over 150,000 followers on Twitter, and nearly 100,000 on Instagram, he was frequently stopped during the national day celebrations by Arab fans, who wanted to take a selfie with the American celebrity.

Speaking to The Peninsula, "Abu Muteb" said that he has now moved to the Qatari capital and is planning to start a new TV programme here. His mission is to promote the Qatari culture, as he says he loves to show foreigners and expatriates the Qatari culture. "I like to immerse them in the culture, history and food here. I really enjoy doing this,” said Van Alstine.