Al Meera launches recycling initiative across its branches in Doha 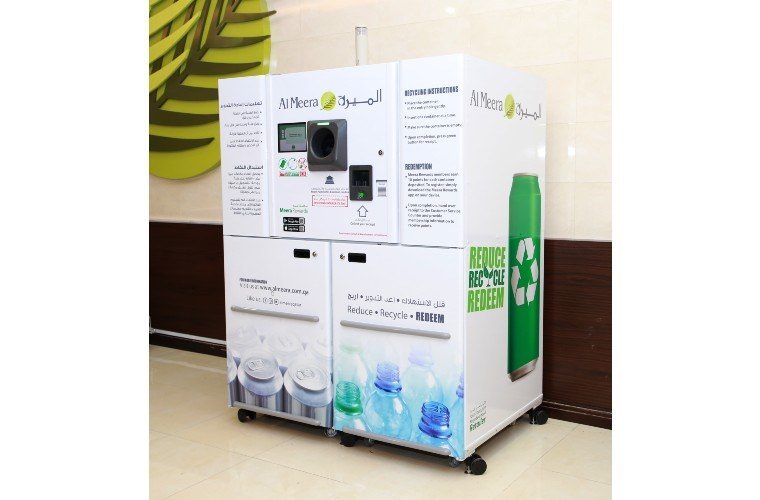 In its continuous efforts to instil a culture of environmental responsibility and sustainability, Al Meera Consumer Goods Company (Q.P.S.C) launched a nationwide recycling initiative in Doha. Across 8 of Al Meera’s branches in Doha, branded recycling machines for plastic and can products are distributed as initial trial, and availed for customers.

This initiative comes under a wider and ambitious environmental drive Al Meera has been spearheading the country, guided by the Qatar National Vision 2030’s four pillars of economic, human, social and environment development, as it expands its footprint across Qatari territory.

“As a leading national company in Qatar with a broad network that reaches every neighbourhood and consumer in the country, we hold not only a great opportunity, but equally, a paramount responsibility to lead environmental sustainability by example. This effort starts from the top-down as much as from the ground up.

At an operational level, Al Meera has implemented rigorous waste management systems and infrastructure. The launch of this initiative, and that of many to come will catapult our investments and efforts to trickle down our environmental sustainability agenda to our valued customers in Qatar and empower them to play an integral part in its success.

Through initiatives that encourage them to make small steps for change at scale, our consumers can immediately act and directly contribute on the ground to our ambition in instilling a culture that promotes and thrives on eco-friendly practices.”

Under the initiative and in order to encourage the customers, Meera Rewards members will also be able to accumulate additional loyalty points for their recycling contributions across Al Meera branches.

Al Meera has been spearheading and directing a number of initiatives and partnerships toward its green sustainability ambitions. Recently, Al Meera signed a Memorandum of Understanding (MoU) with Elite Paper Recycling Company, in a strategic partnership aimed at reducing and limiting the hazards of waste on the environment and society.