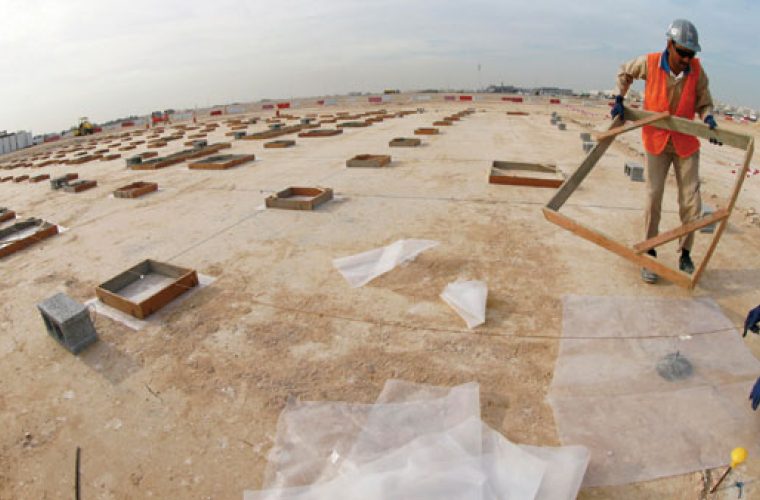 The Supreme Committee for Delivery and Legacy says that since winning the bid to host the 2022 FIFA World Cup, it has developed a set of principles and standards for worker welfare

Qatar 2022 Supreme Committee for Delivery and Legacy (SC) has refuted allegations of mistreatment of workers by the International Trade Union Confederation (ITUC) and listed the steps it has taken to ensure labour welfare, including a three-tier mechanism for redressal of grievances.

Commenting on the ITUC report, a statement issued by the committee said: “We are fully aware of the challenges we face as the state is preparing for the 2022 FIFA World Cup.”

“While those challenges are far-reaching and extremely complex, the responsibility of contributing to the solution to these problems is something that we are completely dedicated to,” the statement said.

“This commitment makes it all the more disappointing to read an entire section in the International Trade Union Confederation’s report dedicated to the Supreme Committee for Delivery and Legacy littered with factual errors and attempts to discredit the positive work we are undertaking. No one has died on World Cup projects,” it added.

Pointing out the errors in the report, the committee said the employee accommodation referenced on its page 17 was not where the construction workers who are building the
new Al Wakrah Stadium live.

“Our 108 construction workers live in a refurbished accommodation on Street No 23 in Doha’s Industrial Area. The International Trade Union Confederation never visited our accommodation, nor requested to do so.”

The Al Wakrah Sports Club is in the process of completing a new accommodation facility with all modern amenities within the complex for their employees who now reside in the accommodations referenced in the ITUC report, the committee spokesman said.

The committee acknowledged there were some issues which had to be sorted out but said it needed time and “we have the will and the commitment to see it through”. It welcomed further international support to achieve its goals.

Giving a summary of the steps, the SC said that since winning the bid to host the 2022 FIFA World Cup, it had developed a set of principles and standards for worker welfare, which are being incorporated into all of its contracts.

“These standards, which are aligned with Qatari law and international best practice, set clear guidelines that protect the rights of workers throughout the entire chain of contracting, from recruitment to repatriation.”

A Workers’ Welfare Charter was released in March 2013 and a set of Workers’ Welfare Standards (WWS) in February this year. Compliance with standards will be vigorously enforced through a comprehensive four-tier auditing system, implemented with the support of independent third-party auditors, the SC said.

“In the interest of transparency, the SC plans to publish annual reports based on the results of these audits to track progress and share knowledge with our stakeholders in government and the international community.”

Among the welfare standards are: working hours shall not exceed eight hours per day and 48 hours per week; overtime is allowed as long as the worker is compensated their basic wage plus 25% for every extra hour worked; workers are prohibited from working over 60 hours per week; comfortable living quarters; space for recreation and high standards of cleanliness and hygiene; free meals; transportation; recreation areas; medical facilities; free laundry services; indoor and outdoor recreation; Internet connections and strict health and safety measures on site.

Workers on World Cup projects have a number of channels to express grievances and complaints about worksite and housing conditions. The WWS, for example, require contractors to maintain a telephone line that allows workers to express their grievances confidentially in their own language to a welfare officer, who is a permanent, full-time employee of the contractor.

In cases where the contractor is unable to meet the standards, the SC reserves the right to rectify the issue at the contractor’s expense