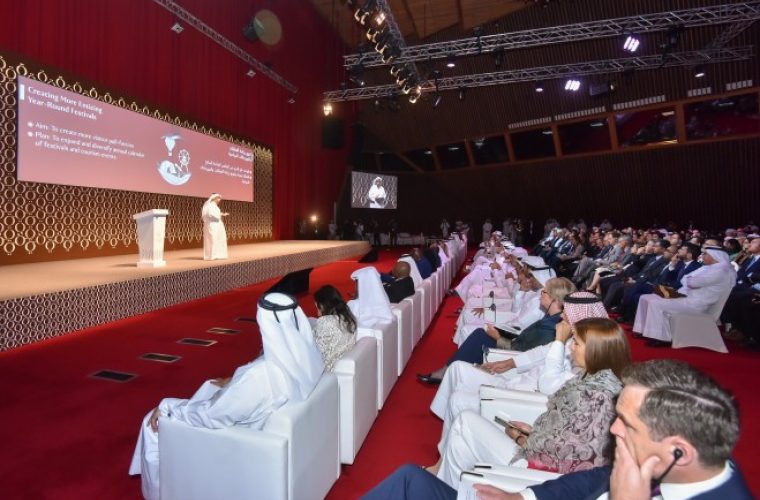 Crowds gathered in the Al Majles ballroom at the Sheraton Grand Doha on Wednesday, September 27, 2017 to mark the United Nations World Tourism Day. This year saw Qatar make its début as host country under the patronage of Qatar’s Prime Minister and Minister of Interior, HE Sheikh Abdullah bin Nasser bin Khalifa Al Thani.

The theme of WTD 2017 was ‘Sustainable Tourism – a Tool for Development’, with representatives and speakers from ministries and tourism authorities from more than 20 countries convening to discuss the impact of tourism on sustainable growth and long-term development among nations.

Here are some of the milestone moments for Qatar:

Bringing Qatar to the world

During the World Tourism Day assembly Hassan Al-Ibrahim, Chief Tourism Development Officer for the Qatar Tourism Authority, unveiled the QTA’s newest update to the Qatar National Tourism Strategy called the Next Chapter. It’s a 5-year plan that aims to build upon the upward development trend of sustainable tourism growth in Qatar up to and beyond the 2022 FIFA World Cup

Here are a few upcoming new tourist sectors in development for Qatar:

The Next Chapter of Qatar’s National Tourism Strategy, will also focus on creating a favourable experience for visitors at every touch-point, with the creation of programs that aim to facilitate interactions and shared experiences between Qatar’s residents and its guests, as well as ensuring physical and digital infrastructure is in place to facilitate visitor’s journeys to, from, and within Qatar.

What do you think of these milestones for Qatar on World Tourism Day? Drop us a line in the comments below and let us know your thoughts. Also, don’t forget to like and share this article!