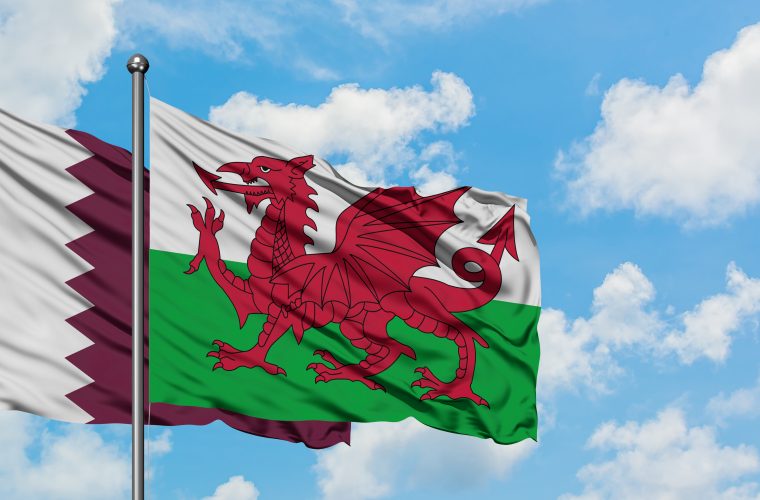 The Government of Wales in the United Kingdom has confirmed its desire to expand its trade relations with the State of Qatar and take advantage of the investment opportunities offered by Doha in various sectors, by working to establish a private sector presence in the Qatari market and create partnerships covering all trading fields.

In an interview with Qatar News Agency (QNA) , Mark Hughes, Senior Food and Beverage Export Officer of the Government of Wales, said that the Qatari market, which has proved to be a promising and inclusive market, is a promising place for Welsh products in the food sector, which depends on its products quality.

The Welsh official, who is heading a high-level trade delegation to Doha, added that the visiting trade delegation includes a number of companies that seek to consolidate relations in the field of high-quality food and daily food products, noting that the bilateral meetings that brought together producers and distributors of both sides during which Qatari suppliers explored the quality of the Welsh food and beverage industry.

He said that the Government of Wales views the Qatari market as a promising one for high quality Welsh products, especially following the launch of a new route by Qatar Airways linking Doha and Cardiff, "which we seek to exploit to send more Welsh food and beverages to the Qatari market."

He added that the opening of the new line a year and a half ago helped to connect many Welsh products to the world, through a direct flight of Qatar Airways connecting Cardiff and Doha, which provided an opportunity to transport tens of tons of goods weekly in both directions, and contributed to the revitalization of the tourism sector in Qatar, and has opened a wide gateway for Wales to the world via Hamad International Airport.

He said the two sides agreed to make continuous efforts to create more partnership and cooperation in this regard. "The first Welsh food and beverage delegation came to Doha last year, and visit had achieved remarkable results and successes as most of the companies that attended last year are now on the market. "

The visit of a delegation from this sector to Doha last year contributed to the presence of more Welsh products in the food and beverage sector in the Qatari market. Further relations with Qatari companies in the field of food and promotion to other sectors, such as oil and gas, construction and information technology, consulting and special services, education and other sectors that record fruitful cooperation between the two sides, he added.

Mark Hughes said that the success of the previous visit of the delegation of Wales led to the visit of a government delegation with ten other companies bearing new brands and seeking to create jobs and fruitful cooperation with businessmen in Qatar, adding : "Next year we will bring more Welsh brands that are renowned for the quality of their products in the food and beverage sector."

During its visit to Doha, the government delegation from Wales held very important talks and fruitful discussions with Qatari officials, as well as a number of businessmen in the country, who expressed great interest in Welsh products.

He praised the interest shown by the businessmen in the Welsh products, which have been welcomed in the State of Qatar and are not found in other countries of the world, a matter which pushes for further cooperation in order to create partnerships between the two sides, to be reflected positively on the level of trade exchange between the two sides.

He reviewed the development stages of the trade sectors in Wales, especially the level of export of various products to the Middle East during the past five years, where the value of Welsh exports of food and beverages to the region in 2014 were only 5 million pounds. However, this figure rose after five years to exceed now more than 50 million pounds, an increase of more than 800 percent.

He pointed out that the Government of Wales in the United Kingdom aims to have a larger share of the sector in the coming period, in light of the serious effort to double the volume of Welsh exports of food and beverages to the State of Qatar during the next six months.

He added that Qatar's hosting the 2022 FIFA World Cup will open wider horizons for investment in the country and create more opportunities for cooperation between private sector players, hoping that Welsh companies would find a place among contributors to the success of the tournament.