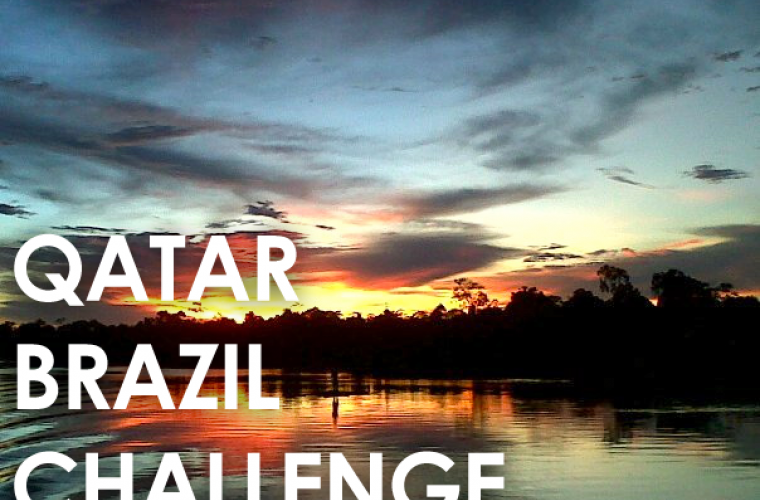 A while back, people were discussing the news of a bunch of Qataris who volunteered to go to Brazil for a charitable cause. It was a beautiful message showing how Qatari youth were interested in making a difference abroad.

The news that made headlines though was not about their kind hearts, but about the fact that some members of Qatari society were insulted since some of the Qatari girls were not wearing an abaya and/or sheila (garment used to cover the hair).

People of all nationalities, including Qataris, defended them. Commenting that Qatari is meant to be a free country where people could make their own decisions. Doha News covered the issue here.

In a response to criticism, Vodafone's response to this was tweeted on the 17th of August with the following statement:

"Vodafone Qatar, headed by Chairman - H.E. Sheikh Dr. Khalid Bin Thani Bin Abdullah Al Thani - has made the decision to cease all kinds of support to and involvement in My First Amazon Adventure project.

Vodafone Qatar officials said: “This decision to completely withdraw from this project and cease all kinds of support to it reflects our Chairman H.E Sheikh Dr. Khalid Bin Thani Al Thani’s commitment to seeing Vodafone Qatar providing the best services and initiatives that are suitable to the norms and values of the Qatari culture.”

Vodafone has expanded on the statement by mentioning that the production company that was hired to create a documentary of the campaign have taken over the project. The same crew were overseeing the initiative from the beginning and were tasked with the safety as well as production. Additionally, all financial commitments and obligations have been honored.

Some responded favourably to the swift action taken, however many also tweeted how the youth were now left with no support. Some others saw this as a step back in the progression of mentality in society. The argument being that the women had a choice, be it a wrong one or a right one.

Lost my respect for @VodafoneQatar, nobody on that trip did anything wrong and instead of supporting them you fall under pressure -_-

The only reason @VodafoneQatar backed was out of fear, not respect #فودافون_تحترم_شعب_قطر

The question is, what do you think?