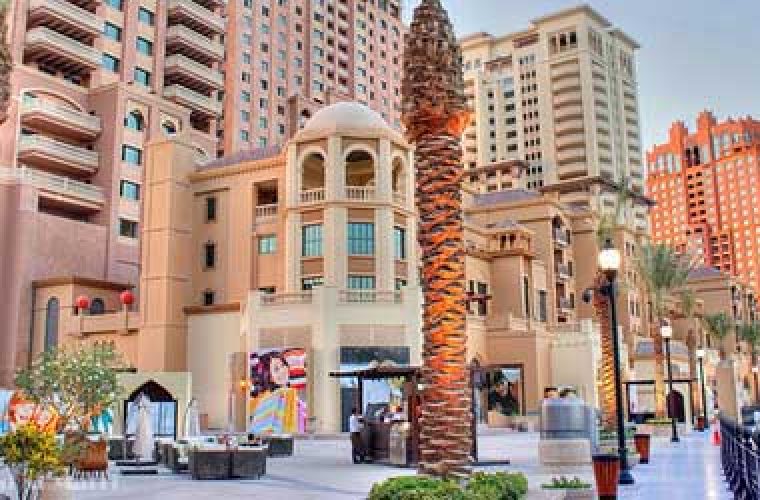 The United Development Company (UDC) will prioritise building its half-finished Pearl development in Doha, a 60-tower residential project situated on a manmade island, a senior executive has said.
UDC’s move shows how soaring land values are leaving developers in Qatar with little option but to build high-end properties in their search for higher margins.
According to consultancy Deloitte Financial Advisory, The Pearl’s units sell on average for about QR15,000 per square metre and monthly rents start at QR10,000.
“Since the beginning of last year, UDC has ventured into signing new agreements to further develop The Pearl, attract more residents and expand the island’s investment offerings,” Abdullatif Ali al-Yafei, UDC chief corporate development officer, told Reuters in an e-mail interview.
He said a company priority is to complete the 10 precincts of The Pearl, while UDC would increase its profits from sales and retail leasing.
Qatar residential sales and rental prices increased 31.4 % in 2014, Deloitte estimates.
UDC reported steady first-quarter earnings, with net profit rising 8.5 % to QR261.8mn, despite a 17.5% drop in revenue to QR399.7mn.
About 90% of properties on the Pearl that have been made available for sale or leasing have been bought or leased, Yafei said, declining to provide more details.
The project will consist of “60 towers, of which approximately 26 are currently near completion or already inhabited although the majority of those are not fully occupied”, Nick Witty, Real Estate Advisory Director at Deloitte, told a conference this month.
UDC, which is 34% owned by Qatar’s government, also has interests in infrastructure, utilities, asset management and energy.
“We will continue to look for new opportunities in areas of interest such as real estate, property and facilities management, retail, hospitality and others,” said al-Yafei.
“Product diversification is core to our business objective.”
He said UDC retained much of its assets for lease, rather than sale.
“Although there is no fail-safe protection against a major market downturn, these stable income streams will cushion us from market cycles and support dividend payments to our stockholders,” added al-Yafei.
UDC is a leading Qatari shareholding company with a mission to identify and invest in long-term projects contributing to Qatar’s growth and providing good shareholder value, information posted on the company’s website said.
The Pearl-Qatar is UDC’s flagship project and one of the largest urban developments in Qatar. Comprising an area of 4mn square metres, and a 32km coastline, this reclaimed island has been developed with funds in excess of QR50bn.