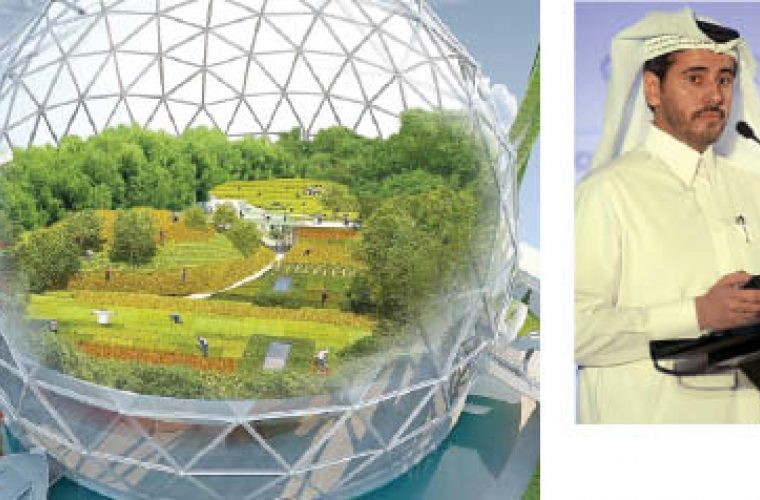 Architects and system designers from across the world yesterday unveiled attractive designs of world-class sporting infrastructure on the first-day of the ongoing ‘of World Stadium Congress 2014’.

One of the designs was a unique dome-shaped multi-purpose modular stadium by a Turkish sports company, which can also serve as greenhouse for organic farming once the 2022 FIFA World Cup is over.

“The portable stadium or the proposed ‘Training Facility for Qatar 2022’ has been designed for Qatar keeping in mind its geographic conditions,” said Yasar Meral, CEO, Sporsanyi, a Turkish sport company.

On the sidelines of the congress, Meral told this daily: “If approved by authorities, this will be the first of its kind in the world. This aluminium-framed dome-shaped sports infrastructure, which can cover up to an area of nearly 18,000sqm, is revolutionary. Once the games are over, the facility can be dismantled and transported to any part of the world.”

Asked about response from Qatari authorities to the facility, he said: “We have just landed in Qatar. We are looking forward to meeting authorities. We are very positive about the product as it can be produced, transported and assembled in a very short time between eight and 14 months, depending on the size of the stadium. The company has built three training facilities adjacent to the Ataturk Olympic Stadium on the outskirts of Istanbul.

He suggested multiple options for covering the façade of the dome, which may include glass (UV), photovoltaic (PV) plates, aluminium panels and fabric (ETFE) as per the need of the client.

“Isolators in the dome prevent transmission of heat from inside or outside. The facility is suitable for extreme climatic conditions with temperatures between -70 degrees Celsius in polar regions and up to 60 degrees in arid regions such as Qatar. Even if one opts for glass in the façade, it can maintain temperatures between 20 and 25 degrees inside the dome,” Meral added. He said this ideal temperature inside the dome makes it a multi-purpose greenhouse facility, which can be used for afforestation and organic farming, such as growing fruits and vegetable inside the stadium even during harsh weather conditions. This may help Qatar achieve food security and reduce dependence on imports. The unique thing is that the facility is fixed with nuts and bolts, avoiding wielding, which makes it modular and easy to dismantle when required,” he said.