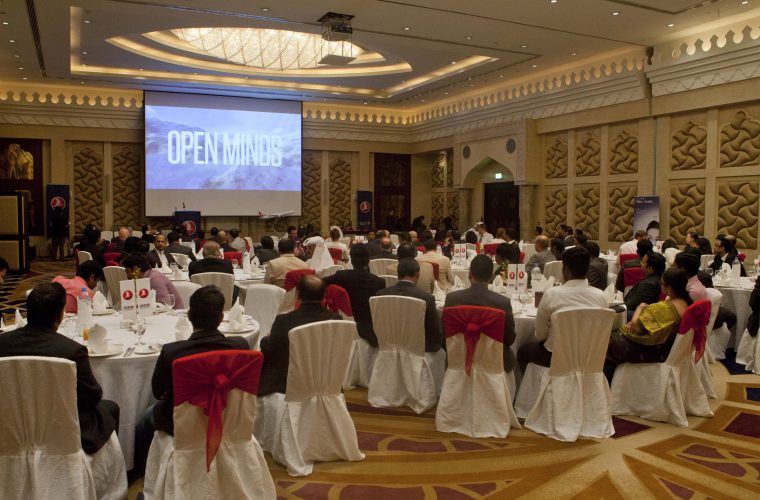 Over 100 attendees at the Annual Travel Agencies Awards

Doha, Qatar; March 31, 2015: Turkish Airlines, Europe’s best airline*, recorded a positive growth of 11.8 per cent in passenger traffic from Qatar in 2014, compared to the previous year.

To celebrate the achievement, Turkish Airlines hosted the Annual Travel Agencies Awards and gala dinner event to honour travel agents in Doha. The event, held at Sharq Village & Spa, recognised partners for their continual support and contribution to driving not only the growth in passenger traffic from Qatar, but also contributing to the 6.44 per centtotal passenger growth in GCC markets compared to the previous year.

Mehmed Kursad Caymaz, General Manager of Turkish Airlines in Qatar, said: “We are delighted to honour the travel industry for their continual support and contribution to the airline’s robust expansion in Qatar which led to frequencies being increased from Doha in 2014.”

He added: “Ourposition as ‘Europe’s Best Airline,’ increasing connectivity, enhanced services and the rising popularity of Turkey as a holiday and business destination continue to attract a growing number of travellers from Doha. We wouldn’t be reporting such impressive growth without the support of our partners.”

Adem Ceylan, Vice President Marketing & Sales for Turkish Airlines, Middle East & Cyprus, said: “We are grateful to our partners who ensure we get closer to our customers and meet their evolving travel demands. Travellers from Qatar, and across the region, are increasingly using Istanbul as a hub for international travel, taking advantage of the connections offered to more countries that any other airlines in the world.”