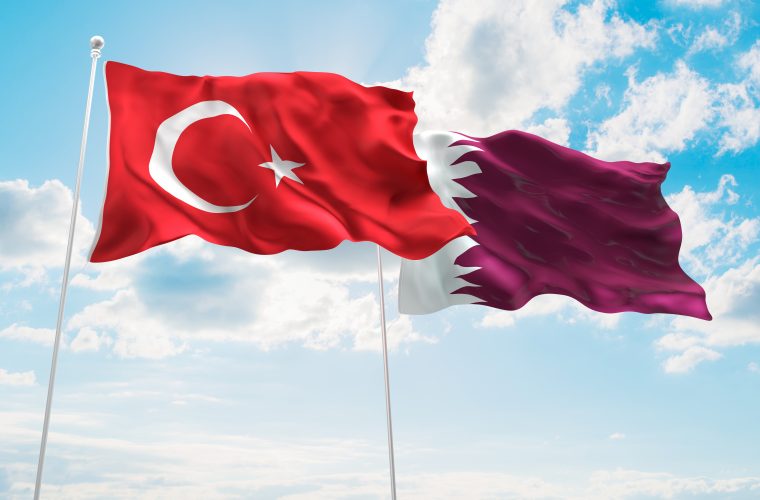 H.E. Minister of Commerce and Industry Ali bin Ahmed Al-Kuwari has affirmed that the Turkish-Qatari relations are based on commonalities that have evolved within the framework of mutual positions and visions of both sides in various fields. He pointed out that these relations reflected positively on the level of trade exchange between the two countries, which doubled by 78.8% to reach about QR 8.7 billion in 2018, compared to QR 4.8 billion in 2017, while Qatari exports to Turkey recorded growth of about 99% between 2017 and 2018, and Qatari imports from Turkey grew by about 64.9% during the same period.

Speaking at the Qatari-Turkish Economic Forum in Ankara today, H.E. the Minister of Commerce and Industry said that Turkish companies operating in Qatar play an important role in supporting the national economy, where more than 499 Qatari-Turkish joint ventures operate in the fields of trade, contracting and information technology, while the number of companies wholly owned by the Turkish side is 37 leading companies working in the fields of construction, and industry.

His Excellency added that this development in the volume of trade and investment cooperation between the two countries materialize the procedures and agreements signed during the recent years, which have had a profound impact in pushing forward bilateral relations to the level of comprehensive strategic cooperation, including the trade and economic partnership agreement between the State of Qatar and the Republic of Turkey / TEPA, the agreement was signed in November last year, pointing out that this agreement is an important step to facilitate the exchange of goods and services, as well as its role in enhancing cooperation at the level of investments in the two countries.

In this context, H.E. the Minister stressed the importance of the Memorandum of Understanding (MoU) signed between the governments of the State of Qatar, the Turkish Republic and the Islamic Republic of Iran in 2017 on facilitating international transportation and transit traffic, which is a pivotal mechanism to facilitate the transit of goods and commodities by reducing costs, time and procedures efficiently.

On the other hand, H.E. the Minister of Commerce and Industry noted that the State of Qatar had realized for many years the importance of economic diversification and its role in reducing the geopolitical and economic fluctuations that would affect the economies of the region and the world. He explained that the State had developed within this framework an integrated strategy aimed at diversifying sources of income by supporting vital economic sectors, including the investment sector, through the application of a set of programs and policies aimed at promoting economic openness and attract companies and foreign direct investments and direct them towards sectors that serve economic plans of the State.

He pointed out that the State of Qatar had made pivotal amendments to a number of legislation regulating the business environment, which allowed the opportunity for foreign investors to own 100% in the activities and economic, commercial and real estate sectors.

He added that the State of Qatar, in conjunction with these steps, to provide the necessary infrastructure to meet the requirements of companies operating in the country, and to boost its expansion to the markets of the region with the support of Qatar Airways' fleet of more than 250 aircraft connecting Qatar to 160 destinations around the world, through the Hamad International Airport, one of the best airports in the region, which has a planned capacity of 50 million passengers per year following the completion of the expansion project.

H.E. the Minister said that the State has established its economic openness through the establishment of Hamad Sea Port, which plays a pivotal role in linking Qatar to the most prominent global economies through direct trade lines, enhancing the State's position as a transit and departure point for more than 40 ports on three continents around the world, he added that the country was keen to provide advanced free and logistic zones characterized by strategic locations close to Hamad International Airport and Hamad Port and equipped with a highway network designed according to the highest international standards adopted in this the field.

He added that these efforts had contributed to positive transformations on the structure of the Qatari economy, which is confirmed by many indicators, pointing out in this context that the World Bank expected the Qatari economy would grow by about 2% in 2019, and to rise to about 3% in the medium term driven by the growth of the services, and construction sectors, in conjunction with the progress of projects related to the implementation of the Qatar National Vision 2030 and the 2022 FIFA World Cup.

H.E. the Minister noted that the volume of foreign trade of the State of Qatar witnessed a remarkable growth in 2018, where the trade balance achieved a surplus of about $52 billion, an increase of 40% compared to 2017, pointing to the increase in total exports of the country by 25% last year.

Concluding, H.E. the Minister of Commerce and Industry expressed his hope that the Forum would result in encouraging the Turkish companies to benefit from the incentives and advantages offered by the Qatari market and the establishment of projects with high investment returns that enhance their success and benefit the economy of the two brotherly countries.

During the forum, the Qatari side made presentations highlighting the business environment and investment opportunities available in the State of Qatar.