The Royal Grammar School, Guildford in Qatar, an outstanding Independent British School, to open its doors from September 2016 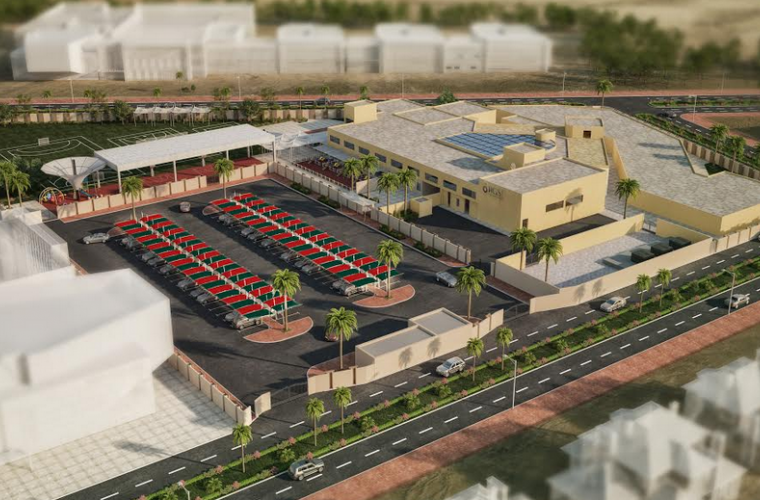 The Royal Grammar School, Guildford in Qatar today announced at an Official Ceremony attended by His Excellency Dr Mohamed Abdul Wahed Al-Hammadi, Minister of Education and Higher Education, Ministry of Education and Higher Education, and Mr Ajay Sharma, British Ambassador to Qatar, the opening of its doors in September 2016. The School will initially open for co-educational Nursery, Reception, Year 1 and Year 2 pupils who are aged between three and six. In future, the RGS Guildford in Qatar will open additional year groups, from Year 3 to Sixth Form. The school will offer single-sex education to its Senior School students as well as some co-curricular activities.

The RGS Guildford in Qatar, located in Um Salal Mohammed, will follow a British curriculum that has been developed at the RGS Guildford, and will be delivered in an international setting. The rigorous curriculum has been specifically designed to offer the stretch and challenge that is required to inspire children to make the most of their talents. The RGS Guildford in Qatar’s focus is on learning that is based upon traditional values of decency and respect, supported by an exceptional level of pastoral care as well as a wide range of excellent extra-curricular opportunities and premium facilities.

The RGS Guildford has a long tradition of academic excellence dating back to 1509 and is delighted to be opening its first campus outside of the UK in Qatar, where it will be working to support the Qatar National Vision 2030 for education. The RGS Guildford’s ethos is to ensure that a student’s school life is happy and fulfilling, and that every student leaves prepared for life and the challenges that lay beyond school.

During the evening reception, which was hosted by the RGS Guildford in Qatar’s local partner, Mr Hamad Saleh al Qamra, Chairman of Al Qamra Holding, a number of key officials were also in attendance including: Mrs Fawzia Abdulaziz Al-Khater, Director of Education Institute at the Ministry of Education and Higher Education; Mr Hamad Al-Ghali Al-Marri, Director of The Private Schools Office at the Ministry of Education and Higher Education; the British Ambassador to Qatar Mr Ajay Sharma; the RGS Guildford’s Headmaster Dr Jon Cox; the RGS Guildford in Qatar’s Principal Mr Paul Bridges; Head of Prep School Mr Alistair Downs and Dr Hossam Mostafa, CEO of Al Qamra Holding. In addition, members of the Qatar British Business Forum (QBBF), UK Trade & Investment (UKTI) and the media were also in attendance.

Mr Hamad Saleh al Qamra, Al Qamra Holding Chairman, who said: “Our Group is honoured to be partnering with the RGS Guildford who will be delivering their outstanding British curriculum to students in Qatar, in just a few short months. We truly understand the need for high quality education in Qatar, especially in the context of the Qatar National Vision 2030, and we are immensely proud to be supporting and providing the highest standards in education for the people of Qatar.”

Dr Jon Cox, the RGS Guildford Headmaster, said: “The RGS Guildford is delighted to be opening the RGS Guildford in Qatar in September 2016 with the ongoing support of our local partners, Al Qamra Holding. Our new school in Qatar is an opportunity for the RGS Guildford to share our curriculum, our expertise, and to stay true to our values in an international setting. We will have the chance to further develop our educational provision and facilities, to provide the opportunities for partnership with the Arab world which go far beyond our current provision of Arabic language tuition, and to provide significant support for our goal for an admissions’ process which allows merit-based upon access in the future.”

“This is an exciting time in education, with the way that we teach and the manner in which our students learn, both of which are constantly changing, and the RGS Guildford is privileged to be at the forefront of this,” Dr Cox concluded.

Mr Paul Bridges, the RGS Guildford in Qatar Principal, said: “At the RGS Guildford in Qatar learning is at the heart of everything, and in Qatar we tailor our education and the learning experiences of the children to allow them to take risks and to develop as independent, creative learners, capable of becoming leaders in whichever career they choose. Over the many years the RGS has been educating children we have helped thousands of young adults develop the academic and personal characteristics they need to succeed in their adult life. I am very enthusiastic about our opening in Qatar and we have had a fantastic response to applications thus far. The School is also looking forward to a prosperous and successful partnership with Al Qamra.”

Rounding out the remarks during the evening’s reception, Mr Ajay Sharma, the British Ambassador to Qatar, said: “Qatar and Britain have always enjoyed close relations. I am thrilled that Britain has continued to support the State of Qatar with foreign investment, with the most recent of these being the opening of the RGS Guildford in Qatar – a truly iconic British educational institution which will open its doors to the students of Qatar.”

Students who will attend the RGS Guildford in Qatar will find themselves as members of an international community of exceptional schools, and in the future will join the ranks of Old Guildfordians as alumni members, being part of a historical tradition that dates back half a millennium.