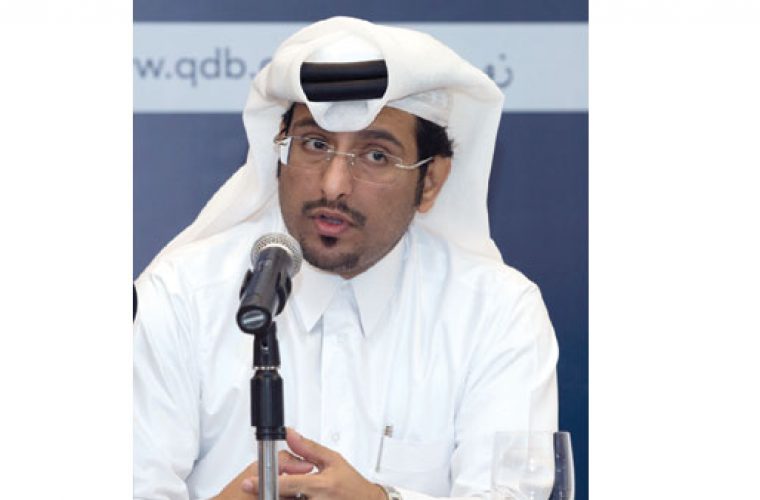 A master list of home-based businesses operating in the country is likely to be prepared by Qatar Development Bank (QDB), a senior official said yesterday.
Citing the lack of a “solid record” on the total number of home-based businesses in Qatar, Hamad Khamis al-Kubaisi, executive director of Strategy & Business Development, told Gulf Times that a central registry would help home-business owners to get benefits like financing, advisory services, and incubation opportunities.
He was speaking during the launch event of the Home-based Businesses National Programme (HBBNP), which was held in collaboration with the Ministry of Labour and Social Affairs (Molsa), Social Development Centre (SDC) and Qatar Chamber (QC).
QDB, al-Kubaisi, said, had initiated a survey “Home-based Business Projects: Realities and Improvement Mechanisms”, to address the objectives of the National Development
Strategy (NDS) 2011-2016.
The project, which took three years to complete, also aims to “recommend alternative feasible policies to improve the quality of home-business-based projects” in Qatar.
“To achieve this, a scientifically-based survey has been conducted among 535 home-business owners, who identified the nature of their projects, their needs and the problems they are facing,” al-Kubaisi said.
NDS 2011-2016 calls for increased support to small and medium-sized enterprises (SMEs) and to enhance the economic and social empowerment for the Qatari family, he pointed out.
Al Kubaisi said the HBBNP relied on principles such as equality in importance of both home-based and commercial projects, promoting home-based businesses, preserving the nature of the economic project, respecting the privacy of the household and sharing the responsibility to improve the projects.
The survey revealed that majority of home-based project owners are females (95%). Also, 46% of the owners have current jobs, 11% had jobs, while 43% didn’t have jobs at all.
It further showed that 28% of these projects are into food catering preparations, 26% into handicrafts, 24% sewing, and 8% business. As many as 65% of the respondents initiated these projects as hobbies while 18% established them as a “source of income”.
A total of 55% of the respondents highlighted their need for shops with low rentals, 29% expressed their need for facilitated funding, and 18% needed support in sales and marketing.
Aside from the survey, al-Kubaisi said that 10 regional and international pilots were explored to identify “lessons learned”.
Nora al-Hajri, head of the Productive Families Department at Molsa, underscored the importance of the programme.
SDC deputy CEO Munzer al-Dawood said the organisation had been supporting home-based businesses because it believed in the vital role this section played in enhancing the wellbeing of Qatari families at all levels.