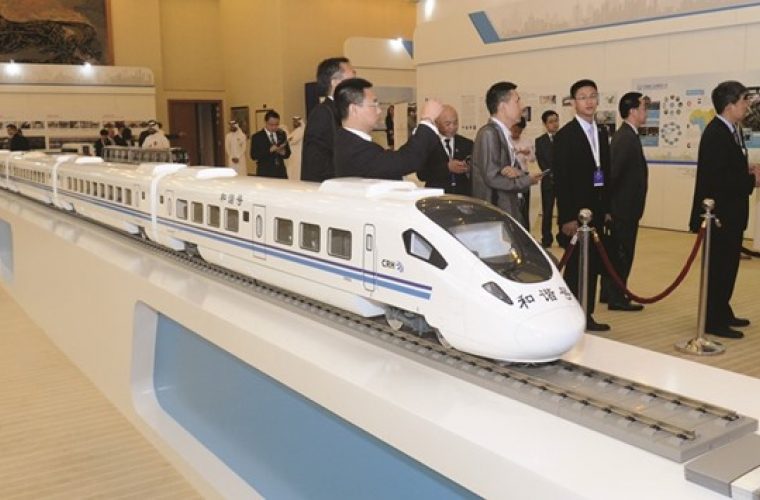 A multi-billion dollar super-fast GCC railway network, which can connect Doha to Kuwait in two hours, may take between six and eight years for construction to complete, a senior official has said.
“It depends when the Gulf countries will give the go-ahead. From the time they start and get approvals and build the tracks to have a complete solution, it will need six to eight years,” AbuIssa chairman Ashraf AR Abu Issa told reporters.
He was speaking on the sidelines of an agreement signing between the Gulf Organisation for Industrial Consulting (Goic) and China Railway Signal and Communication Corporation (CRSC) yesterday to boost the development and construction of rail transit lines in the Gulf area.
A provider of technologies, products and services in rail transportation signalling and communication, CRSC is the largest supplier of rail transportation control system solutions in the world.
The Goic, also known as “The Organisation,” was founded to achieve industrial co-operation and co-ordination between GCC member states.
Abu Issa hinted that the first phase of the project could start in Qatar but the system has to be compatible with all six GCC countries.
“We need to have a very strong co-ordination between GCC countries. I think this part has been done already between the Ministers of Transportation to assure that the system can move from one country to another without interruption,” he stressed.
While each GCC country has the option to use any rolling stock (any vehicle that moves on a railway) they need, Abu Issa said they are trying to lobby the use of CRSC equipment.
About the speed of the trains, he noted that they can go up to 350kph, meaning it will take a two-hour non-stop travel from Doha to Kuwait, and about 40 minutes from Doha to Bahrain.
The chairman added that this speed is the fastest so far, a record the Chinese has achieved. The trains can run to a maximum of 380kph.
“So it will be much easier than going through the airport because of the check-ins and other things there,” he added.
According to Abu Issa, the trains will not solely be used for passengers but also for various merchandise and goods.
Asked why they chose CRSC, he said the company has 70% of the high speed railways worldwide with some 5,000 people in their Research and Development Department.
Citing China’s different geographical (sea, mountains, etc) and environmental conditions, including deserts, he said the Asian giant is capable of building a suitable railway system in the Gulf.
“Any condition or warning we tell them, they are ready to work on it and can put their scientists on the job,” he stressed.
Abu Issa said the Chinese company is also ready to finance the project but it will be up to each country’s preference if they wish to finance it by themselves.
Putting up a link between the long-distance railway system and the Doha Metro through the main stations is part of the masterplan, he added.
CRSC chairman Zhou Zhiliang echoed the statement of Abu Issa saying that they will be providing advance technology and equipment for the rail network in the GCC. (Source)