Snoonu launches No Riders Under the Sun 2.0 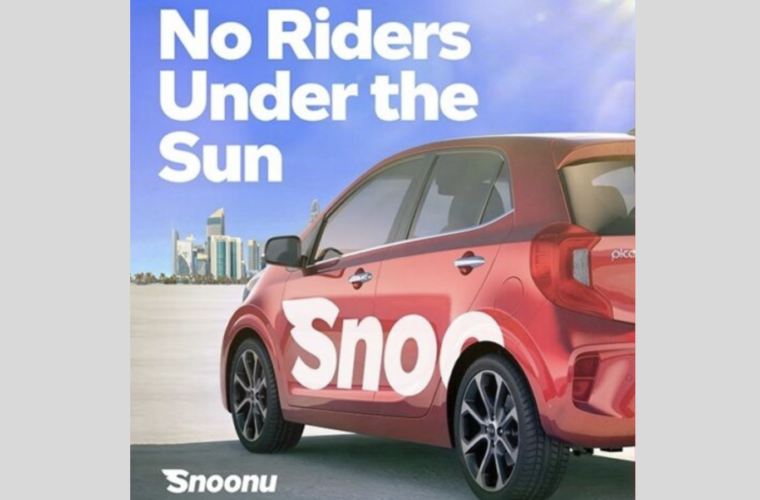 Snoonu is glad to announce the relaunch of its initiative called “No Riders Under the sun”.

Through this initiative, Snoonu pursues, for the second consecutive year, its measures to protect the working conditions of delivery riders as temperatures continue to spike in the country.

Initially launched in June 2021 and now a flagship in Snoonu’s business model, the initiative sets Snoonu as one of the first and few local tech companies to take such strategic measures to protect its riders from the heat of the summer during daytime.

What does the initiative entail

Being a human-centric business, Snoonu puts this concept into action with initiatives that range from ensuring all employees are protected from the sun to the availability of air-conditioned chilling spots throughout the country that are filled with snacks and charging stations offering them a comfortable space to rest between deliveries.

The re-Introduction of “No Riders under the Sun '' means that starting from today, there will be no bike deliveries from 10am to 5pm.

Indeed, riding conditions during this time are not only inhumane but also put riders at a greater risk of heat strokes, fainting and dehydration, as temperatures are set to reach 50 degrees in July. Instead, cars will be exclusively used to serve customers with their orders until the end of the summer season.

Snoonu’s decision comes as a continuation of its continuous commitment to protect and respect workers by treating them fairly.

Hamad Al Hajri, Founder and CEO stated; “We enjoy serving our customers and business owners, but this should never be at the expense of our riders' safety, we would never expect them to do things we would not do ourselves. I truly hope that other companies will be joining our initiative in protecting the riders’ community in Qatar!”