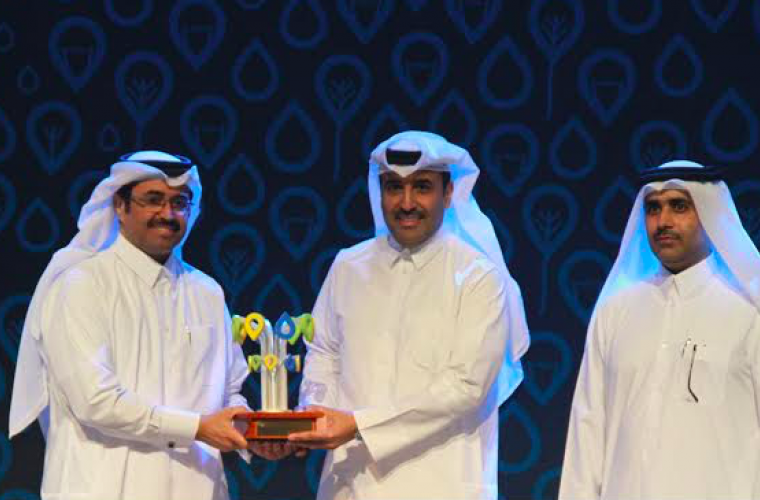 HE Dr. Mohamed bin Saleh Al Sada, Minister of Energy and Industry presents HE Issa bin Mohammed Al Mohannadi, Chairman of Qatar Tourism Authority (QTA) with an award at the second anniversary of Tarsheed – the National Campaign for the Conservation and Efficient Use of Water and Electricity in Qatar.

QTA was recognized for its efforts during this year’s Earth Hour celebration. QTA and a large group of its partners in the public and private sectors, including hotels and tourist establishments, joined the world in marking the occasion by switching off or dimming lights for one hour. Hotel guests also participated by dimming their lights in their rooms or hotel apartments.

“Environmental sustainability is at the core of the National Tourism Sector Strategy 2030, and we are committed to ensuring that developments in the tourism sector are aligned with the objectives of the National Program for Conservation and Energy Efficiency, Tarsheed,” added Al Mohannadi.