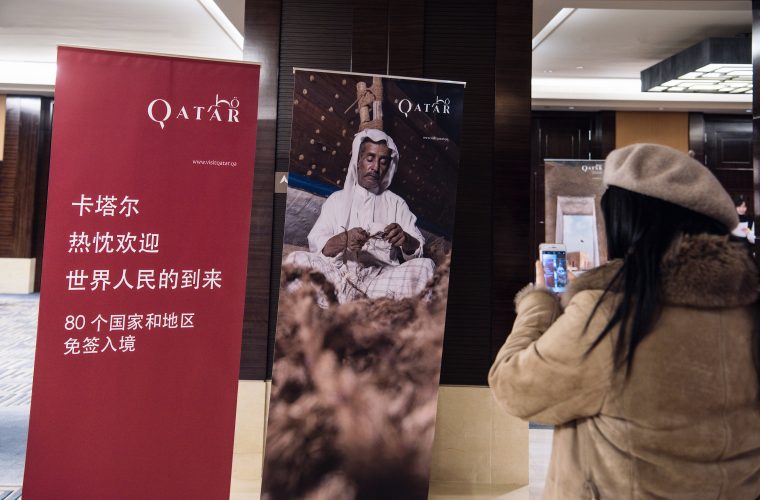 Qatar Tourism Authority’s (QTA) Marketing & Promotions team held a series of meetings with more than 65 Chinese media representatives earlier this week. QTA’s media tour passed through Beijing, Shanghai and Guangzhou and marked the beginning of an intensive campaign which aims to solidify the Qatar destination’s presence in the Chinese market in 2018.

China has consistently been the world’s largest tourism export market, with 135 million Chinese citizens recorded to have travelled abroad spending $261 billion, in 2016. As such, QTA’s tour follows on a series of developments from late last year that paved the way for Qatar to tap into the market. In September 2017, QTA signed an MOU with the China National Tourism Administration, which granted Approved Destination Status to Qatar as well as opened its representative offices in China with headquarters in Beijing, and supporting locations in Shanghai and Guangzhou.

Rashed AlQurese, Chief Marketing & Promotion Officer commented, “QTA’s efforts to diversify visitor source markets calls for growing and solidifying our destination’s presence in Asian and European markets. Since September of last year, QTA has taken a number of steps to attract Chinese tourists and preliminary visitor arrival numbers indicate we are moving in the right direction.” He added, “Our media trip coincided with the Chinese New Year making it an auspicious time to spread Qatar’s message of welcoming the world.”

In October 2017, QTA organised sessions for professionals from across Qatar’s tourism sector with Welcome Chinese officials to discuss the requirements of Chinese visitors, the standards for certification, and the certification process. Industry members were also presented with the training, technical assistance and marketing assistance that Welcome Chinese offers to its certified members across the travel and tourism value chain.

QTA has also begun with its marketing and promotion efforts in China. Earlier this year, a digital marketing campaign promoting Qatar as an attractive winter tourism destination kicked off on Ctrip, China’s leading online travel agent. Partnerships with five of China’s largest tour operators have also been activated. To boost these efforts, around 20 trade members are expected to visit Qatar on a familiarisation trip later this quarter.

In Addition, teams are currently preparing for QTA’s first appearance at the China Outbound Travel and Tourism Market alongside 12 members of the Qatari tourism industry. The 14th edition of the country’s largest annual trade show will be held in Beijing this April.

This will be followed by a roadshow throughout the country, in which we will introduce key members of the Qatari tourism and hospitality sector to Chinese trade agents and tour operators. The national carrier, Qatar Airways flies to 6 different destinations in mainland China.