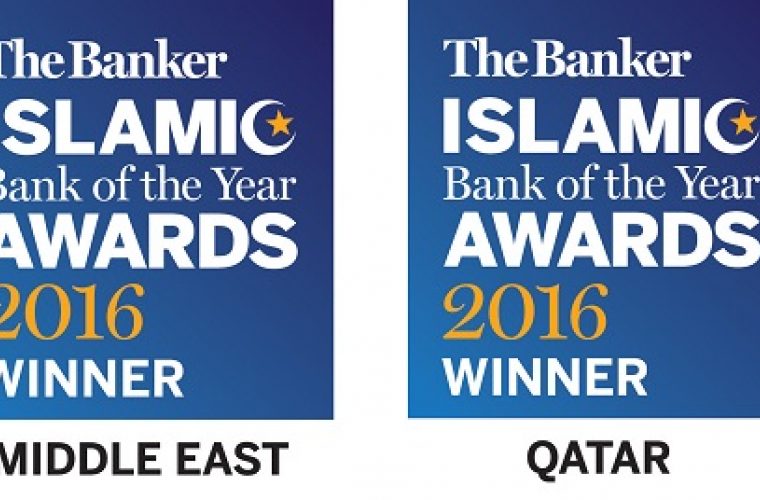 For the second year in a row The Banker, the world’s longest-running international banking title and the leading monthly title of the Financial Times Group, named QIB the ‘Islamic Bank of the Year’ in the Middle East at the magazine’s prestigious annual Islamic banking awards. 2016 also marks the fourth consecutive time that QIB was selected as Qatar’s ‘Islamic Bank of the Year’.

“We are pleased to have been named the ‘Islamic Bank of the Year’ in both Qatar and the Middle East again this year”, said Mr Bassel Gamal, QIB Group CEO. “These awards are the result of the vision of our Board of Directors and of the hard work put in by QIB’s employees. Thanks to their dedication and professionalism and the loyalty of the Bank’s customers and the continuous support of the board, QIB has become a leader among the region’s Islamic financial institutions.”

In a special report about the magazine’s Islamic Bank of the Year Awards, The Banker explains that QIB was chosen as its Middle East and Qatari Bank of the Year in large part because of its “remarkable growth” in 2015 and its recent involvement in a number of high-profile syndicated deals in the MENA region. According to the magazine, “The judges were impressed by QIB’s corporate banking growth, as well as the Bank’s financial institutions division growth, driven by a greater level of involvement in several bilateral and syndicated financing transactions to regional and international banks”. A leader in the local retail banking market, the Bank continues to increase its market shares in individuals’ financing and deposits.

QIB continues to experience steady growth across a broad range of key performance indicators. In 2015, the Bank’s total income rose 24% to reach QAR 4.51 billion and its net profits grew by 22%, closing out the year at QAR 1.95 billion. During that same time period, QIB’s total assets increased by 32%, with customer deposits rising 37% and financing activities growing an impressive 46%. The total assets of the Bank stand at QAR 127 billion, of which QAR 92 billion consist of customer deposits. These impressive results are driven by robust growth in financing activities, which by end of 2015 reached QAR 87 billion, QAR 28 billion higher than in 2014. The Bank currently commands a 41% share of the Islamic sector in Qatar and 11% of the overall domestic banking sector.

“Winning ‘Middle East Islamic Bank of the Year’ shows how important Qatar’s Islamic financial sector has become in the MENA region”, said Mr Gamal. “In the past few years, QIB has played a leading role in some of the Middle East’s biggest and most exciting financial transactions. We are pleased to be a major player in the region’s Islamic banking market and to help elevate the profile of this influential sector of the financial industry.

The award from The Banker is added to the other recent attention and praise for the Bank in 2016. QIB was recently recognised by Euromoney as the ‘Best Bank in Qatar’ for the first time. In April, Mr. Bassel Gamal, QIB Group CEO, was ranked first among 100 best-performing CEOs of listed companies in the GCC states at the TRENDS/INSEAD 2016 Top CEO awards. QIB was also named as the ‘Best Islamic Retail Bank’ in the world and ‘Best Islamic Bank’ in Qatar by Global Finance.