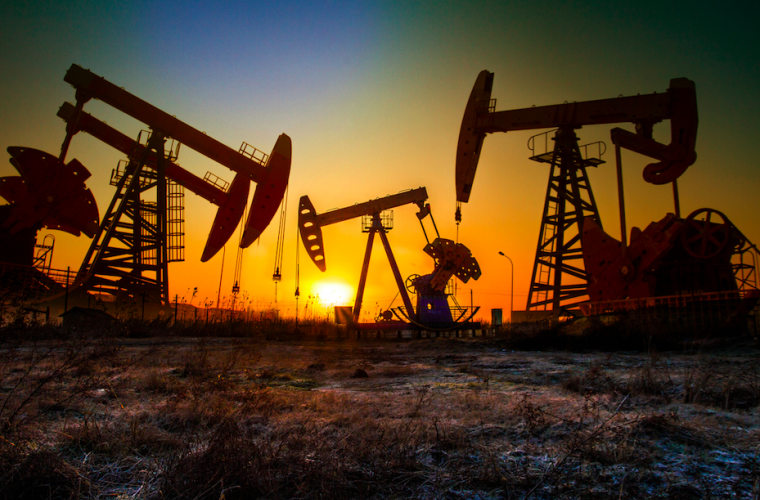 Qatar Petroleum plans to start a new development in the offshore North Field, ending a 12-year ban on new projects that allowed the company to assess how its current rate of extraction affects the giant reservoir it shares with Iran.

The patch, in the southern section of the field, will have a capacity of 2 billion cubic feet per day, or 400,000 barrels of oil equivalent, and should start production in five to seven years, Chief Executive Officer Saad Sherida Al Kaabi told reporters Monday at Qatar Petroleum’s headquarters in Doha.

Boosting natural gas production at home and searching for similar assets abroad signals Qatar Petroleum’s confidence in the longevity of gas demand, and its ability to remain a low-cost supplier in a market that has slumped amid a glut driven by output from U.S. shale and Australia.

"Global demand for gas is expected to rise," Al Kaabi said. "There are no analysts who can say when demand for gas will wane. For oil, there are people who see peak demand in 2030, others in 2042, but for gas, demand is constantly growing." 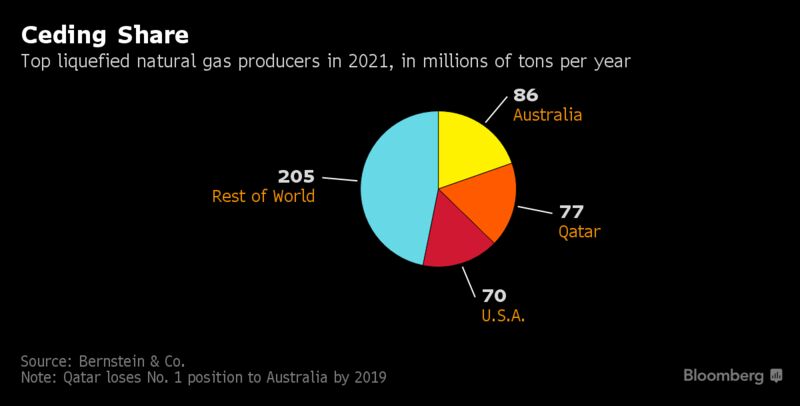 Qatar Petroleum’s decision is a sign that it wants to increase its LNG market share, Giles Farrer, research director, global LNG, at Wood Mackenzie Ltd., said in an email. It’s "also a threat to other developers of new capacity worldwide, as Qatar can add new capacity at a lower cost than anybody else."

The North Field, and the connected South Pars in Iran, is the world’s biggest reservoir of non-associated gas. Qatar Petroleum was quicker to exploit it, becoming the world’s top exporter of liquefied natural gas and, thanks to a boost in condensate output, the fourth biggest energy company in terms of oil and gas production. Iran is catching up, extracting gas from its portion mainly for domestic consumption and to re-inject into oil fields to boost crude production.

By ending the moratorium and earmarking new volumes for exports, QP is giving itself the fuel necessary to reclaim the top spot among LNG exporters it will relinquish to Australia in 2019, if it wants it. Al Kaabi said the company hasn’t decided if exports will be in the form of LNG, or other products. If it goes for the super-chilled fuel, the new production can be converted to 15.3 million tons of LNG a year. Qatar currently produces about 77 million tons annually.

"We will remain the dominant force for LNG in the world for a very long time, and this basically solidifies that position," Al Kaabi said. (Source)