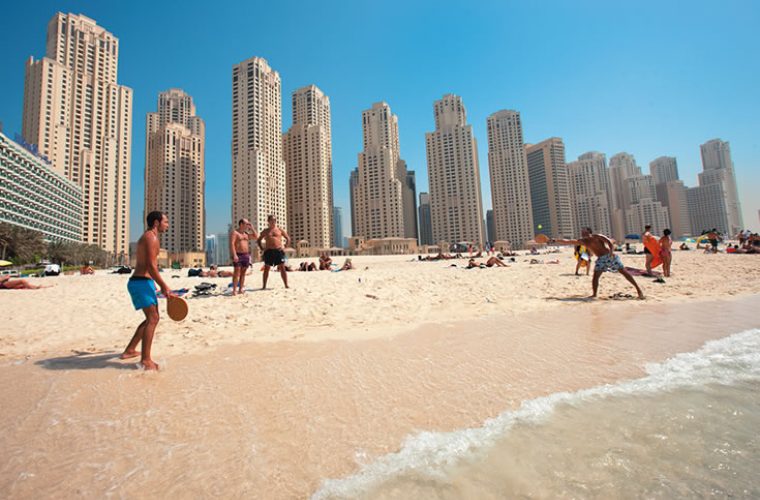 Qatar is preparing to launch a beach-side development that could rival Jumeirah Beach Residence (JBR) in Dubai, the Qatar Tourism Authority chairman has revealed exclusively to Arabian Business.

The “mega”, mixed-use development would be one of the first along Qatar's miles of beaches as it attempts to harness the tourism potential of its long coastline, Issa bin Mohammed Al Mohannadi said.

Details are expected to be revealed later this year.

“There are plans as part of the [Qatar tourism] strategy to really utilise and make use of the beaches available for us and … we're in the [process] of preparing to launch a number of mega developments that will be announced soon,” Al Mohannadi told Arabian Business on the sidelines of the Arabian Hotels Investment Conference (AHIC) in Dubai on Sunday.

The plan would incorporate both tourist-dedicated facilities and residences, as well as entertainment, restaurants and retail.

It would be “similar” to JBR in Dubai, Al Mohannadi said.

“We believe in building the tourism infrastructure that's servicing the local nationals and residents as well as attracting people from outside, that's one of the unique things about this destination.

“These are the products we are focusing on … [so] if you come to this kind of destination, the minimum you could spend is two to three days not needing to go outside, including retail.”

The Gulf state also is preparing for the imminent opening of a 141-room luxury hotel on its first man-made island, Banana Island, in Doha.

The hotel will be operated by Thai company Anantara Hotels, Resorts & Spas.

Al Mohannadi said beaches were one of Qatar's greatest assets and were a key part of the country's tourism strategy to raise the number of visitors from 1.2 million in 2012 to 7 million by 2030.

“The sun and beach is a great offering in Qatar,” he said.

“Qatar's peninsula has water surrounding it in three directions. We have miles of beaches that many visitors love to visit and enjoy. The sand dunes in the south are one of the rare dunes where the sands touch the water by itself. That's a very rare phenomenon that you don't see elsewhere; there's only Qatar and one other country in Latin (America) that has this.”

It is spending $64bn on tourism infrastructure and promotion as it gears up to host the FIFA World Cup in 2022 and diversify its economy from oil and gas.