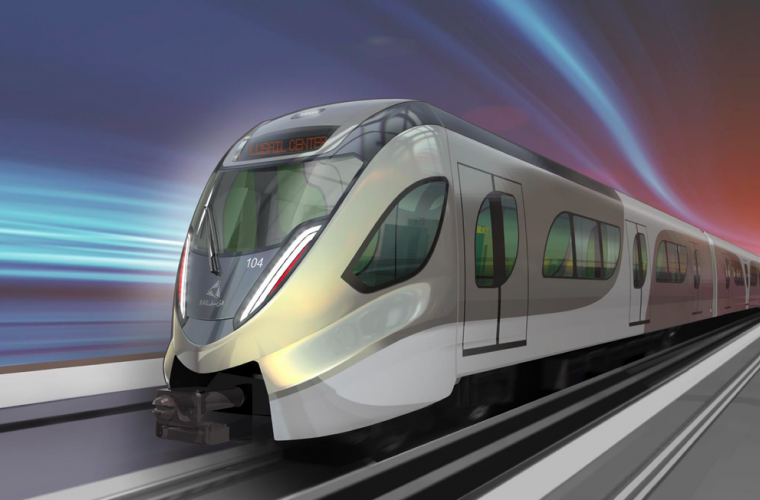 Qatar Rail celebrated a major milestone today with the completion of tunneling on the northern section of the Red Line. One of the company’s record breaking tunnel boring machines (TBM) achieved the final breakthrough on this part of the line between Legtaifiya Station and Qatar University (QU).

This is the spot where the Red Line emerges from the tunnels and rises up onto an elevated section running past QU and on to Lusail.

Qatar Rail also reported that overall progress was moving ahead well, with over 85% of tunneling for the Doha Metro project finished and overall project completion reaching 37%. 37 stations are also under construction with 17 at the stage where the concrete roof slab is being cast.

Tunneling on the Doha Metro Red Line started on 19th July 2014 and runs for 41km from Al Wakra in the south through to Lusail. The northern section from Msheireb to Lusail is constructed by international consortium Impregilo-SK E&C-Galfar Al Misnad JV (ISG) In addition to the tunnels ISG is responsible for the construction of seven underground stations. These are out of a total 18 stations on the line as a whole.

A total of four TBMs have worked on the line digging an average of 30 meters per day at their peak on this section. The best daily rate of 42.0m was achieved by TBM Lebretha on 29 March 2015. For all TBMs combined, the best daily rate was 114m on 12 February 2015. The end of tunneling means that over 70% the total construction on this section of the Line is now complete.

Commenting on the achievement Eng. Abdulla Al Subaie, Managing director of Qatar Rail said: “We are particularly delighted by the progress on this section of the project as we and our colleagues in ISG have had to overcome some significant challenges. It is well know that one of our TBMs was flooded one year ago and the achievement today shows how effective our recovery operations were and that overall project progress was not affected.”

He added: “Across the project as a whole we are continuing to move to plan. Later this year we will be over halfway to delivering the whole project and tunneling, which is currently at 85%, is expected to finish in the Autumn. At that point, we move from construction into systems installation as track, power supply and signaling starts to be installed. We also start the architectural finishes of the stations.”

Also commenting on the breakthrough, Dr. Eng. Saad Al Muhannadi, Qatar Rail chief executive officer said, “Today is the first in a series of major milestones on the Doha Metro project over the next few months. Soon we will see the completion of tunneling on the Gold and Green Lines and later in the year our longest line – the Red Line will also finish its tunnels. All these events are opportunities to share our achievements with the public and we will be making the most of each occasion.”

Dr. Eng. Saad Al Muhannadi added, “Soon, a mockup of the trains which will run on the Metro will arrive in Doha and we are planning to put this on public display to help us educate the public about our exciting new services.”

Barry Crouchman, project director for the ISG joint venture added, “We made our pledge to QRAIL to “Deliver Together” and “Right First Time” in February 1014. The combined efforts of the entire team, client, contractor and project manager, have resulted in the achievement which we celebrate today and is a shining example of what can be done when all parties unite in order to achieve a common goal. As we move into the second and final phase of the project, we are confident that the trust, professionalism and transparency that we have built between us will assist us in ensuring a similar success to the end of this immense project.”

The first phase of the Doha Metro project is expected to be complete in the fourth quarter of 2019, while completion of the Lusail Tram is set for 2020.

By 2030, all the three networks – Doha Metro, Lusail Tram and the long-distance rail, which will link Qatar with the GCC Rail network – are expected to be complete. With the completion of the first phase of the Doha Metro and Lusail Tram, Qatar Rail expects to offer 600,000 passenger trips per day by 2021. By then, 37 metro stations are expected to be complete, with an average journey time of three minutes between adjacent stations.