Qatar has region's most stable economy! 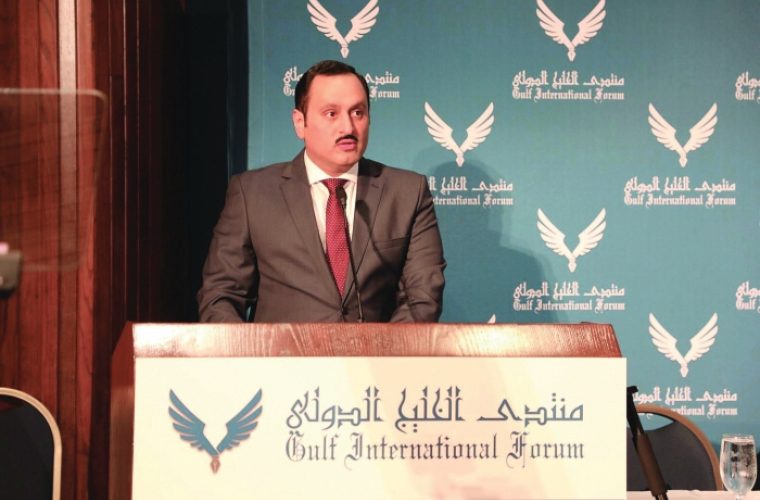 The Ministry of Commerce and Industry (MOCI) confirmed that the State of Qatar has succeeded in strengthening its abilities and consolidating its position as one of the region's most stable, competitive and growing economies.

H.E. Undersecretary of the Ministry of Commerce and Industry Sultan bin Rashid Al Khater pointed, in his speech at the second Gulf International Forum held recently in Washington, to the economic developments witnessed by the State during the past two years, stressing that Qatar is moving forward in the implementation of its major development plans, which consolidated its position as one of the most stable and competitive economies.

His Excellency pointed in this context to the report of the World Bank, which expects the Qatari economy to rise to 3.4 percent by 2021 driven by higher service sector growth as the FIFA World Cup gets nearer, this compared with a growth rate of 1.43 percent in 2018, following the recovery of the economic activity from the effects of the illegal and unjust blockade imposed on Qatar since 2017.

H.E. Undersecretary of the Ministry of Commerce and Industry stressed that the State of Qatar has succeeded in strengthening its position more than ever, adding that the unjust blockade provided the opportunity to make the Qatari economy more open to all countries of the world.

His Excellency added that the Qatari economy has witnessed a significant recovery, with more than 823 Qatari companies opened in the fields of food processing, services and manufacturing industries, as well as the expansion of industrial cities to provide about 769 industrial plots, and the completion of 337 projects in the manufacturing sector, and the creation of promising investment opportunities in the non-oil sectors.

His Excellency highlighted Qatar's support to the private sector in line with its belief in the key role it plays in enhancing the competitiveness and diversity of the national economy. His Excellency stressed that the State was keen to accelerate the implementation of measures to support this sector, through the launch of partnership projects with the public sector and the establishment of incentive programs to attract foreign direct investment.

Al Khater pointed to the efforts of the State of Qatar to facilitate procedures for issuing commercial and industrial licenses and to develop services and infrastructure to meet the expectations of investors, explaining that the Free Zones Authority in Qatar, has sought to provide important opportunities and incentive benefits for companies seeking to expand globally.

H.E. Undersecretary of Ministry of Commerce and Industry added that the free zones were designed according to the highest international standards adopted to meet all the needs of companies and enhance their success, pointing out the advantages that these zones provide to investors such as new infrastructure, facilities, tax incentives, and investment funds.

H.E. the Undersecretary of the Ministry of Commerce and Industry praised the level of the Qatari-American relations.

His Excellency pointed out that the United States of America is one of the largest and most important strategic partners of the State of Qatar, adding that over the past five years, the volume of trade exchange between the two countries amounted to 26.7 USD billion, while the bilateral trade balance achieved a surplus in favor of the United States by 84.5 percent, equivalent to 22.6 USD billion.

In the same context, H.E. the Undersecretary of the Ministry of Commerce and Industry pointed out that the US is one of the most important sources of Qatari imports, stressing that in 2018, the State of Qatar imported 19.43 percent of its imports from America.

His Excellency said that the number of US companies operating in the State of Qatar reached 753 companies, including 118 wholly-owned by Americans, in addition to more than 63 American companies licensed under the umbrella of Qatar Financial Center, which aims to provide a legal, regulatory and tax environment conducive to investment.

His Excellency pointed to several Qatari investment initiatives in the United States in various sectors that have created and provides thousands of jobs and talked about the role of American companies in the Qatari market.

His Excellency added that the State of Qatar provides a range of development projects which in turn provide an opportunity for American companies to increase their contribution in diversifying the Qatari economy in the field of infrastructure and construction and support its expansion towards other sectors such as education, research, training and small and medium enterprises.

His Excellency announced the intention of the State of Qatar to launch a second version of the economic tour in 2020 to include a number of major cities in the United States of America in order to build on what was achieved during the first version in 2018.

His Excellency pointed out that this initiative would consolidate the Qatari-US partnership and enhance bilateral efforts aimed at establishing successful investment projects that serve the interests of the two countries and the two friendly peoples and reflect positively on the growth of the global economy.

Concerning the Gulf region, His Excellency said during his speech at the forum that this region is one of the most important regions in the world, thanks to its strategic geographical location and economic importance to the global market, pointing out that the Gulf region has about 50 percent of the world's oil reserves, in addition to possessing 21.5 percent of global gas reserves.

His Excellency pointed out that the State of Qatar leads the trade in liquefied natural gas globally with exports to customers in Asia, such as Japan, Korea, India, as well as Europe and the United States of America.

In its second edition, the forum witnessed the participation of a number of government officials, diplomats, academics and a number of Gulf and American businessmen.