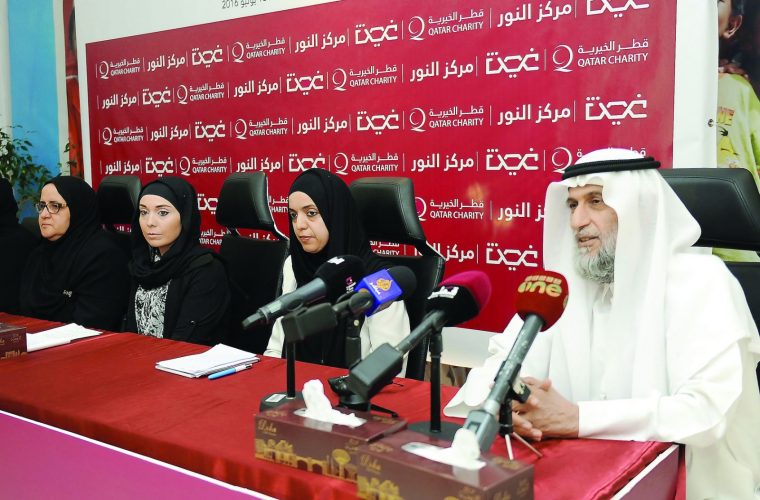 Qatar Charity (QC) will open a QR110m Islamic centre in France next year, which has been described the largest such facility in Europe.

The centre named Al Noor is being built in Milos city in northeast France and is expected to open by next Ramadan.

The centre is strategically located in the border region of France, Germany and Switzerland, where Muslims constitute more than 20 percent of the total population of the city of 256,000 people. More than 150,000 people from the three countries will benefit from the project.

Details of the project were provided by QC officials and members of a visiting delegation from France associated with the centre at a press conference at the QC headquarters yesterday.

The delegation from the governing council of the centre is currently visiting Qatar to provide first hand information about the development of the centre and raise funds to complete the facility.

“The Al Noor Centre will serve thousands of Muslims, thanks to the generous support of Qatari donors,” said Salah Al Hammadi, Deputy Chairman of QC offices in the UK.

More than 55 percent of the construction work has been completed. QC has launched a campaign to raise remaining funds for the centre.

“Local authorities are very cooperative in developing the centre we are in close touch with them,” said Hind.

“The centre is a dream project for the Muslim community in Milo’s city, gradually it is becoming a reality thanks to donors especially people from Qatar and Qatar Charity,” said Khadijah. The centre will have some commercial facilities to provide enough revenue to cover its operation cost, said Ogheili.

It will work together with local authorities to fight social evils such as Islamophobia, racism and hate speech. The centre will incorporate a mosque, school, Da’wa centre, an institute of Arabic language and another for teaching the Holy Quran, cultural centre, and an institute of Islamic studies.

More than 1,100 students will receive religious and modern education under the educational programs of the centre.

The centre is being developed with the support of the local French authorities, the parliament of Milo’s City, the province of Alsace, and the Ministry of Awqaf and Islamic Affairs of Qatar.

The facility is being developed under ‘Ghaith Initiative’ launched by QC to build cultural and educational centres worldwide to introduce Islam and its teachings.