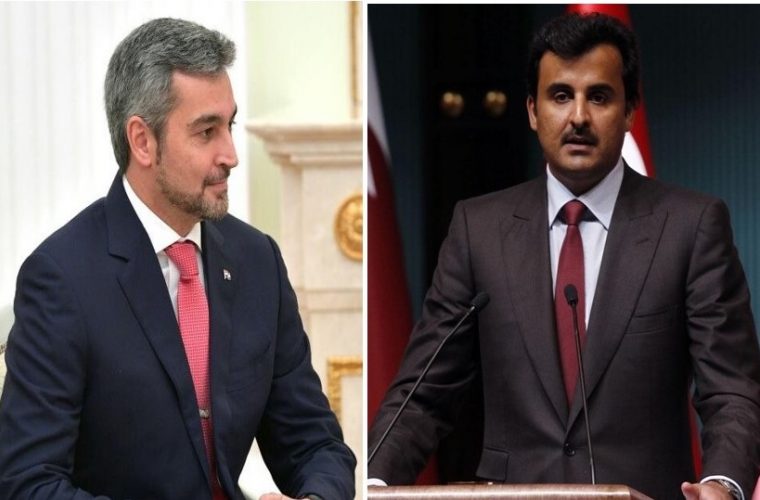 The visit was characterized by a spirit of understanding and a firm desire to develop bilateral relations in all fields, which are based on solid ties of friendship and cooperation.

It reflected the good level of the bilateral relations between the two countries achieved in the political, economic and cultural spheres.

The two sides emphasized the common values of both countries, the validity of the principles of international law, pluralism, the peaceful resolution of disputes through dialogue and negotiations, the maintenance of world peace and security, the independence and sovereignty of States, the promotion of sustainable development, the preservation of the environment and the respect and upholding of human rights and the rule of law.

They stressed the commitment of the two countries to join efforts to maintain world peace and security within the framework of the United Nations system as well as to fight against terrorism and crimes deriving from it which constitute crimes against humanity.

They affirmed the commitment to the UN 2030 Agenda to eradicate poverty in all its forms and to build more just societies.

They emphasized the importance of education as an essential element for the development and growth of societies and agreed to encourage cooperation to achieve better educational systems that promote the training of students in the technology sectors necessary for integration between universities and companies, and to promote scientific research, innovation and technical and scientific education as factors for overall economic and social development.

They agreed to intensify high-level meetings for the proper implementation of the signed agreements and to push the bilateral agenda through institutional mechanisms established for this purpose.

The two sides encouraged the promotion of transit transport and trade facilitation policies for developing countries that lack coasts within the framework of the United Nations.

Considering the location of Paraguay in the Southern Common Market (Mercosur) and the location of Qatar in the Middle East, they expressed the desire to exploit the competitive advantages of the strategic location of both countries to expand and diversify trade and explore the possibilities of investment as a platform for their access to other markets in the region.

They stressed the importance of enhancing cooperation and mutual support between the two countries regarding nominations for membership of the important international and regional committees for both countries.

The two sides agreed to send a competent delegation to visit Qatar during the first quarter of 2019 in order to identify specific sectors of mutual interest that can be further developed in the investment field between the two countries. The team shall be composed of representatives of the public sector involved in the fields of trade, investment, infrastructure and technology.

They agreed on convening the first meeting of the Qatari-Paraguayan Joint Committee, which is created under an agreement on economic, commercial and technical cooperation, to address main issues on the economic and trade agenda between the two countries as well as to exchange information in order to benefit from existing trade opportunities.

They stressed that the signing of agreements to encourage and protect mutual investments, avoid double taxation and prevent financial evasion would facilitate the establishment of productive investments, which would in turn allow greater competitiveness and complementarity between the economies of Paraguay and Qatar.

They stressed the importance of promoting cooperation in the energy sector, especially in the field of clean energy, with a view to advancing the use of clean energies that facilitate sustainable development.

The two sides agreed on the importance of deepening mutual knowledge between the two societies by encouraging tourism and cultural exchange in all aspects, working on joint projects such as exhibitions, conferences and other activities involving private and public institutions.

H.H. the Amir expressed his thanks and appreciation for hospitality and warm welcome accorded to him and his accompanying delegation during his visit to Paraguay. He also extended an invitation to H.E. President of the Republic of Paraguay Mario Abdo Benitez to visit Qatar, which he accepted with pleasure, while its date will be determined by both governments through official channels.