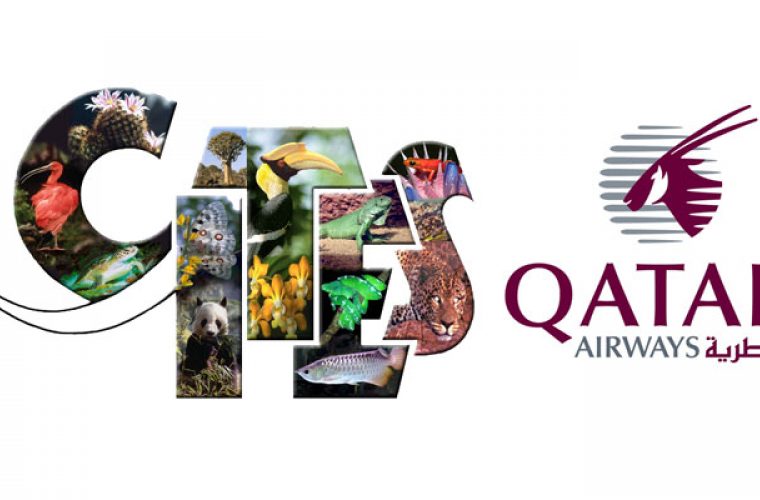 Qatar Airways has announced the extension of its existing embargo on transporting hunting trophies to encompass all species identified by the Convention on International Trade in Endangered Species (CITES) of Wild Fauna and Flora.
The airline’s existing ban on carrying CITES I hunting trophies has been extended to include all species included in the CITES I, II and III.
“As one of the world's leading airlines, serving customers across six continents, Qatar Airways recognises its responsibility to society, our communities and the environment. An absolute ban on all hunting trophies further extends our commitment to supporting the protection of endangered species and the elimination of illegal trading of animal products,” said Qatar Airways Group Chief Executive, Akbar al-Baker.
More than 35,000 species (over 5,000 animals and 30,000 plants) are protected under the CITES, which includes, but is not limited to, great apes, the giant panda, many South American monkeys, cheetahs, lions, leopards, tigers, elephants and rhinoceroses.
The CITES is an international agreement between governments, which aims to ensure that international trade in specimens of wild animals and plants does not threaten their survival. There are three CITES appendices, under which species are classified, according to how threatened they are by international trade.
CITES I includes species threatened with extinction. CITES II includes species for which trade must be controlled in order to avoid behaviour incompatible with their survival. CITES III contains species that are protected in at least one country, which has asked other CITES parties for assistance in controlling the trade. This category covers species such as the two-toed sloth, African civet and the alligator snapping turtle.
Qatar Airways, the national carrier of the State of Qatar, is one of the fastest growing airlines operating one of the youngest fleets in the world. Now in its 18th year of operations, Qatar Airways has a modern fleet of 164 aircraft flying to 151 key business and leisure destinations across six continents.