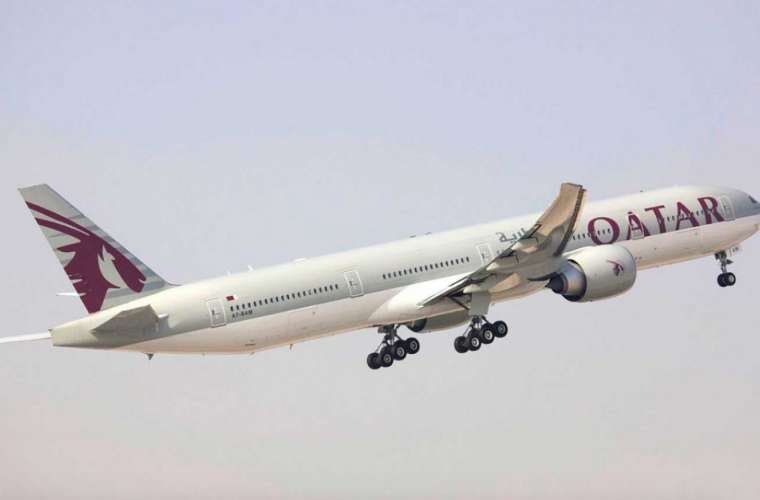 Qatar Airways continues to fly high, piloted by its expansion plans despite the illegal blockade on the country by four Arab nations; With its target of serving more than 50mn passengers a year, HIA is investing in new technologies in order to deliver on its ‘Smart Airport’ vision

Qatar Airways continues to fly high, piloted by its expansion plans despite the illegal blockade on the country by imposed by four Arab nations, as the national carrier adds new destinations and hopes to reach its pre-blockade traffic volumes soon.

Qatar Airways added many new destinations to its network this year including Auckland, Dublin, Nice, and Prague.

The airline will continue its rapid expansion throughout 2018 by adding new destinations such as Canberra, Cardiff, and Penang to its global route map.

A member of the oneworld global alliance, Qatar’s national carrier is one of the fastest-growing airlines operating one of the youngest fleets in the world. Now in its 20th year of operations, Qatar Airways has a modern fleet of more than 200 aircraft flying to business and leisure destinations across six continents.

Qatar Airways broadened its global reach this year by purchasing a 9.61% stake in Cathay Pacific, the national carrier’s first major stake in an Asian airline.

This year, Qatar Airways received the Skytrax ‘Airline of the Year’ for the fourth time, an achievement considered remarkable for any airline in the world.

In addition to being voted ‘Best Airline’ by travellers from around the world, Qatar’s national carrier also won a raft of other major awards at the Skytrax ceremony this year, including ‘Best Airline in the Middle East,’ ‘World’s Best Business Class’ and ‘World’s Best First Class Airline Lounge.’

At a media event at the Boeing’s facility in Seattle in September, Qatar Airways group chief executive Akbar al-Baker said, “We have lost 10% of our passenger network and that much of our revenue generation due to the blockade.”

Qatar Airways has triggered expansion plans following the illegal blockade on the country, which the airline has initially delayed due to the aircraft delivery issues.

Starting early June (immediately after the blockade) the emergency airlifting of food to Qatar resulted in a 160% increase in cargo business for Qatar Airways compared with the same period a year earlier.

Since 2015, Qatar Airways been the third largest international cargo operator in the world, al-Baker said, noting that “our sights are set on number one.”

2017 was also a phenomenal year for the Hamad International Airport (HIA), Qatar’s gateway to the world.

With its target of serving more than 50mn passengers a year, HIA is investing in new technologies in order to deliver on its ‘Smart Airport’ vision.

Looking ahead, the HIA said "it will soon start trials to evaluate the effectiveness of robots for passenger facilitation; block-chain technology for rapid and secure sharing of data across stakeholders; and the potential use of augmented and virtual reality for operational concepts."

The HIA is currently a candidate for the “Best Airport in the World” award by Skytrax, which also classified it as a "five-star airport" in 2017, making it one among only five other airports in the world to achieve this prestigious status.

The HIA was voted as the “Best Airport in the Middle East” at the Global Traveler’s GT Tested Reader Survey Awards in Los Angeles recently. The award recognises outstanding performance and customer service displayed by airports across the world.