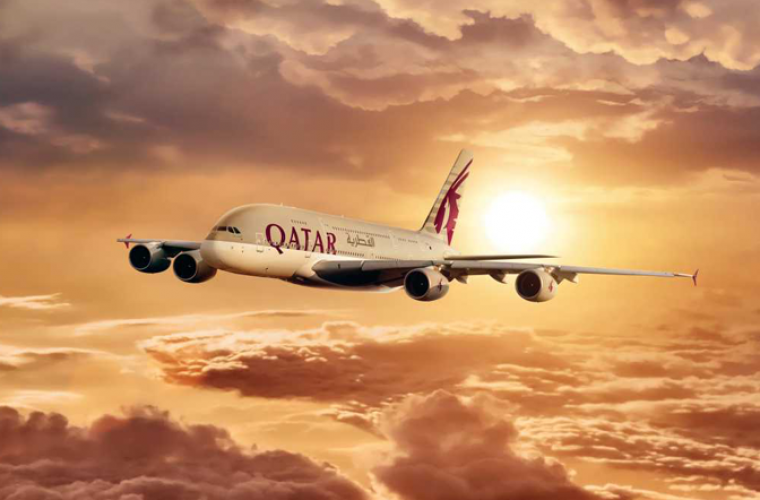 Qatar Airways is proud to be the launch customer of GlobalBeacon, a key product solution created by FlightAware®and Aireon that provides the airline with global, real-time flight tracking.

In September 2016, Qatar Airways announced that it would be the first airline to adopt this innovative technology that would feed directly into its Integrated Operations Centre. Two years later, Qatar Airways, in partnership with FlightAware and Aireon, has announced that GlobalBeaconSM is now live and ready to provide the airline with global flight tracking, ahead of the International Civil Aviation Organization (ICAO) Global Aeronautical Distress Safety System (GADSS) recommended timeline.

From the start of the product development cycle, the award-winning airline has been involved in beta testing and validation of GlobalBeacon, a technology that exceeds GADSS recommendations for flight tracking by providing airlines with minute-by-minute position updates for their aircraft at all times, anywhere in the world.

Qatar Airways Group Chief Executive, His Excellency Mr. Akbar Al Baker, said: “We are thrilled to be the first airline in the world with a wide network to use space-based ADS-B technology, and we are honoured to collaborate with both FlightAware and Aireon on the development of this solution to achieve the highest level of flight tracking standards that exceed GADSS requirements and recommendations.”

“As one of the leading airlines in the world, our goal is to consistently deliver the best service to all our customers. GlobalBeacon seamlessly integrates with our existing ICAO 2018 compliant flight watch technology (Total Operations System), and further enhances the safety of our operations and fleet management by providing updates every minute or less. In doing so, this is a testimony to our ever-evolving leadership in the crucial area of aviation safety and awareness.”

GlobalBeacon will enable Qatar Airways to position itself to respond proactively in the event of an emergency, facilitating communication between the aircraft operator and the controller with constant fleet monitoring, automated distress alerts and tools that make it easy to share information.

Aireon CEO, Mr. Don Thoma, said: “With a modern fleet of more than 200 aircraft flying all over the world, across remote and oceanic airspace, Qatar Airways and GlobalBeacon couldn’t be more perfect for each other. Being one of the youngest and fastest-growing leaders in the aviation industry, Qatar Airways’ initiative to implement the GADSS recommendations for flight tracking reinforces that safety is top priority and comes second to none.”

FlightAware CEO, Mr. Daniel Baker, added: “With Qatar Airways’ involvement early on, we’ve been able to test and validate GlobalBeacon to ensure that it incorporates best practices for global flight tracking and fleet monitoring. We applaud Qatar Airways’ early adoption and are extremely pleased with how they’ve been able to successfully deploy it to work in conjunction with their existing processes, increasing their ability to locate aircraft in distress and improving search and rescue capabilities.”

In March 2016, ICAO announced that GADSS was created to help improve the ability to detect commercial aircraft in remote locations. The key components of GADSS recommend that aircraft report their position to the airline’s operations centre at a minimum of once every 15 minutes under normal flight circumstances. However, if an aircraft should become in distress, position reports are then to be provided every minute. In light of this, the GlobalBeacon product, is the first of its kind being fully compliant with GADSS standards for flight tracking and will now provide a permanent minute-by-minute reporting capability, far exceeding the ICAO recommendations.

By combining FlightAware’s data processing platform and web-interface, with Aireon’s space-based ADS-B network, GlobalBeacon transcends borders and Flight Information Regions (FIRs) and eliminates coverage gaps in polar airspace as well as over deserts and oceanic regions. At the heart of GlobalBeacon’s proficiency is a culmination of tracking information from Aireon’s space-based ADS-B network and FlightAware’s contextual flight data – including origin, destination, flight plan route and estimated time of arrival (ETA).

In May 2016, Qatar Airways announced the successful completion of its TOPS fleet management system, designed to optimally schedule aircraft and manage flights. TOPS, which stands for Total Operations System, integrates data from multiple sources and produces a holistic view of the airline’s operation, from the global scale to the individual flight level, in order to anticipate and notify operations staff of any potential issue and provide solution options.

Specific tasks that can now be carried out due to this integration include, but are not limited to: tail assignment optimiser, whereby aircraft are assigned to specific lines of flying with respect to the operational needs of the route, based on the specific aircraft’s capabilities; NOTAM manager, where Notice to Airmen are immediately communicated to the specific dispatchers and operations staff for more perfect situational awareness; and Flight Watch, which consolidates all flight data into a single graphical source for ease of tracking, communicating with and managing the airline’s more than 500 daily flights to more than 150 destinations in six continents.

Qatar Airways is one of the world’s fastest-growing airlines, with a modern fleet of more than 200 aircraft flying to business and leisure destinations across six continents. The award-winning airline recently revealed a host of upcoming new global destinations, including Gothenburg, Sweden; Da Nang, Vietnam and Mombasa, Kenya.