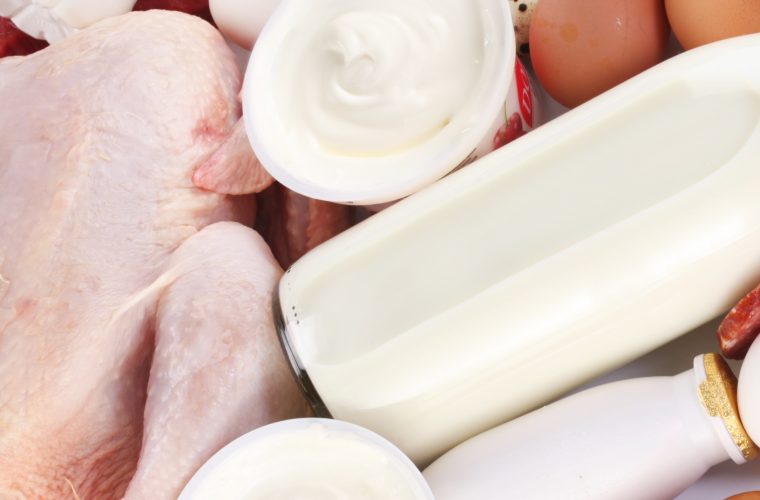 Assistant Under-Secretary for Agriculture and Fishery Affairs at the Ministry of Municipality and Environment, Sheikh Dr. Faleh bin Nasser Al Thani announced that the supply of local fresh poultry is meeting the demand of the local market by 100% after two years of the imposed blockage, adding that there will be plans to export poultry when supply exceeds demand.

Sheikh Dr. Faleh added that Qatar continues to successfully implement its strategy to achieve food security by focusing on the production of fresh goods in the environmental conditions that characterise Qatar, in terms of the area and resources available, stressing the focus on poultry farms that produce fresh meat.

This came during a visit by Sheikh Dr. Faleh to the National Group for Agricultural and Animal Production (Mazzraty), heading a delegation of agricultural sector officials in the ministry, during which he listened from farm officials to a detailed explanation of the procedures followed in accordance with the highest standards of quality and health control and also looked at the performance of the project and its components, especially the laboratory, and the latest devices and techniques that were provided for use of control and quality control in all stages of the production process, through the conduct of all chemical and microbiological tests in accordance with the requirements and specifications standard in the country and to ensure that the local market is provided with the finest products.

Sheikh Dr. Faleh added that currently the local supply of diary products is covering 109% of the market demand, while the supply of eggs covers 40% which is expected to increase in the future. Furthermore, he pointed out that demand for fresh products and chicken has been covered locally and that there are farms that want to export, some of which have already started in small quantities, stressing that there is a possibility to export poultry and cheese products abroad, as well as fish and shrimp from farms.

Assistant Under-Secretary for Agriculture and Fishery Affairs at the Ministry of Municipality and Environment announced that the local farms were able to produce rate of up to 10,000 tons per year and expected to reach 90,000 tons in the coming year, pointing out that 10 modern farms have entered the service, applying greenhouses production methods, to become a substantial addition to the market, especially with the presence of Hassad Food Company, which will work on the marketing of their products. Sheikh Dr. Faleh said that this step comes as a form of support and facilities provided by the State to the local production.

Sheikh Dr. Faleh bin Nasser Al-Thani noted that the number of the productive farms has reached about 1,300 local farms, which are stable farms, while the use of available space to build for green houses, which is characterized by continuous production throughout the year has been started.

He pointed to the Ministry of Municipality and Environment's support to the owners of farms, through the establishment of local agricultural products selling areas, which contribute to the marketing of the local product that comes directly from the farms and is characterized by high quality, while the ministry controls the products in farms and sales sites.

The biggest future plan for the agricultural sector is to focus on sustainable production, and maintain the quality of the products that do not consume large quantities of water, he said

"Mazzraty ", in a short time, was able to manifests itself as a strong Qatari producer for its distinctive high-quality products of poultry and fodder, starting from the production of excellent quality of fodder through the modern factory that depends on the latest international technology. It is also the latest in the State of Qatar, which reflects on the quality of chickens, noting that the company's officials stressed that the fodder is selected from reliable and high-quality sources, and all materials are subjected to the necessary tests before feeding the chicken, note that the farm is characterized by the diversity of production.

Sheikh Faleh bin Nasser stressed that "Mazzraty" is one of the environmentally friendly projects, wishing it further progress, especially in vegetable that will soon join the projects of the National Group for Agricultural and Animal. He expressed his thanks to all those who are keen to promote self-sufficiency and their role of investment in this field. He said that their success is a success for all of us, stressing the need to continue the same approach and cover all needs to enhance food security.

The Assistant Undersecretary for Agriculture and Fisheries Affairs also praised all investors in the agricultural and animal sector who have worked responsibly since the imposition of the blockade, where production was continuing around the clock, while a plan was developed by the government sector to support agricultural production through the provision of greenhouses and inputs of production, feed, fertilizers, pesticides, irrigation systems, fortifications and medicines

For his part The Chairman of "Mazzraty" Abdulrahman Hamad Al Mana stressed that the visit of the Ministry of Municipality and Environment officials is a support for the project and has an important role to play in promoting livestock and food production, especially as it is a sector that requires continuous follow-up and coordination between all ministries, the Ministry also has a qualified team and quick procedures to facilitate the import of necessary materials in this area, such as vaccinations and medicines, and conduct preventive measures.

He said that the modern laboratory visited represents the backbone of the company, and is characterized by being a laboratory and research center, and is an addition to the project, where working to ensure the quality of the final product and permanent health supervision, allowing to monitor any problem at the beginning and rapid intervention to treat them if they occur.

He explained that "Mazzraty" is currently working on the development of products to suit all the wishes and tastes of consumers, pointing out that a new product will be introduced, "Omega 3 " chicken , as well as the launch of the product 'Baby Chicken', while also keeping up with the camping season 'Marinated chicken', which will be ready to grill directly.

In particular, with the strict control of the concerned authorities in the country, which he considered encouraging factor for the demand for the Qatari product, which was able to prove itself, and become a competitor to foreign products.

He stressed that " Mazzraty" is an environment-friendly project, taking into account all environmental standards, and is equipped with a mechanism that allows recycling of all products in the farm, without the need to take out any waste outside, these include solar energy for lighting and water reuse, poultry residues, installation of thermal and gaseous emissions plants, as well as a fertilizer plant that collects all chicken waste and supplies it to the market, to ensure that the project is completely environmental.