QA first airline to fly A350 to US 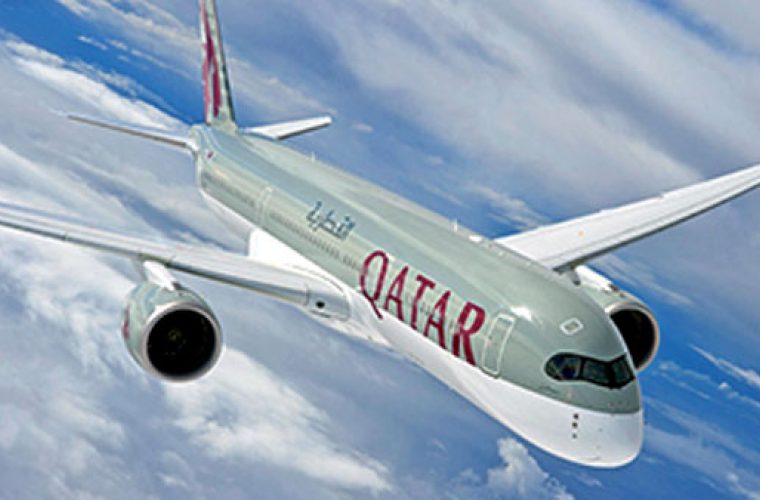 Qatar Airways has announced that it has become the first airline to fly the Airbus A350 to the US.
The “ferry flight” left Hamad International Airport at 7.40am yesterday and was scheduled to land at JFK International Airport, New York, at approximately 2pm (local time), the airline said in a statement.
Qatar Airways was the global launch carrier of the A350 and is the first to fly the aircraft to three continents. The airline’s fleet of seven A350s currently flies twice a day to Frankfurt, double daily to Munich and three times a day to Singapore from Doha.
An eighth A350 will join the fleet before the end of the year and is scheduled to fly daily to Philadelphia from January 1, 2016. “As further A350s join the fleet throughout 2016, passengers will have the opportunity to experience this new-generation aircraft on flights to Boston launching on March 16, the new second daily flight to New York from April 1 and Adelaide, Australia, from May 2,” the statement noted.
“We are proud to be the first commercial airline to land the Airbus A350 in the US,” said Qatar Airways Group chief executive Akbar al-Baker. “As the global launch customer of this new-generation aircraft, we are excited to introduce it to the American market, where we will commence commercial flights from January 1, 2016, on our route from Philadelphia.”
“We are delighted that the A350 will bring its unbeatable economics and superior passenger comfort to another continent,” said Fabrice Brégier, Airbus president and CEO.
The Business Class cabin of the A350 has 36 seats in a 1-2-1 configuration, while Economy Class features 247 18-inch wide seats in a 3-3-3 configuration.
As part of its ongoing expansion plans, Qatar Airways will launch further destinations to North America in 2016.
Currently flying to eight locations – Chicago, Dallas, Miami, Houston, Montreal, New York, Philadelphia and Washington, DC – the airline will commence flights to Los Angeles in January, Boston in March and Atlanta in June.