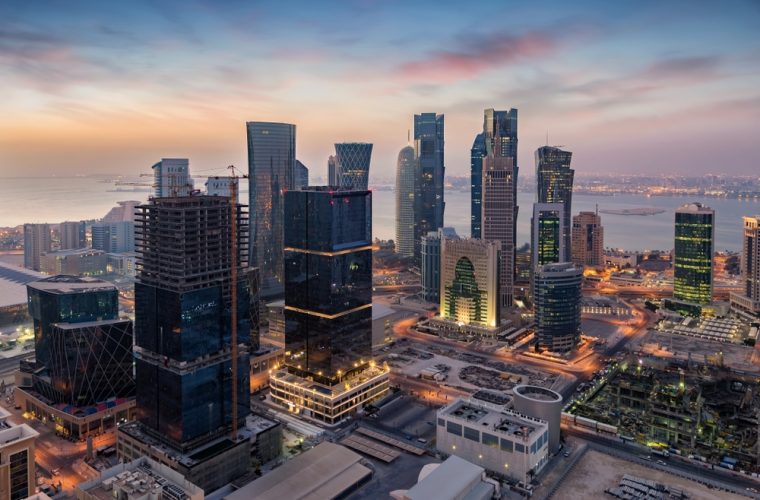 The September PMI survey of Qatar's non-energy private sector economy signaled to return momentum at the end of the third quarter, coupled with near-record sentiment regarding the year-ahead outlook. All primary indicators for output, new business, and jobs improved in unison for the second month running, with each posting bigger monthly gains than in August. Meanwhile, the Future Activity Index was the second-highest on record, below only the level achieved in December 2018.

The Qatar PMI indices are compiled from survey responses from a panel of around 400 private sector companies. The panel covers the manufacturing, construction, wholesale, retail and services sectors, and reflects the structure of the non-energy economy according to official national accounts data.

The headline figure is the Purchasing Managers' Index (PMI). The PMI is a weighted average of five indices for new orders (30% weight), output (25%), employment (20%), suppliers' delivery times (15%, with the index inverted) and stocks of purchases (10%), and is designed to provide a timely single-figure snapshot of the health of the economy every month.

The Qatar PMI rose sharply to 49.0 in September from 46.4 in August. The index has risen by 3.8 points since July - the largest sustained improvement since that recorded in September-October 2017 when the initial effects of the blockade had subsided. Output has the second-highest weight in the PMI calculation and provided the biggest boost, increasing the headline figure by 0.9 index points. Positive contributions also came from new business (+0.7), employment (+0.7) and stocks of purchases (+0.4), while suppliers delivery times again limited the overall gain in the PMI (-0.1).

New business was heavily linked by firms to new customers and projects, with the forthcoming FIFA World Cup in 2022 often mentioned as a source of demand. Moreover, this trend is expected to continue, with new projects and World Cup-related work underpinning a stronger outlook for activity over the next 12 months. The Future Activity Index rose sharply to the second-highest on record in September, with more than three-quarters of firms expecting growth.

Data signaled rising cost pressures in September, with average input prices increasing at the strongest rate in five months. This mainly reflected labor costs. In contrast, prices charged for goods and services continued to fall, albeit only slightly.

To enable comparisons with the official quarterly gross domestic product (GDP), monthly headline PMI figures can be aggregated to a quarterly average. Since the survey began in April 2017 the quarterly PMI has a correlation of 0.90 with the year-on-year percentage change in GDP in real terms, over a comparison period of eight quarters up to the first quarter of 2019. In 2019 so far, the PMI accurately signaled the rebound in growth of GDP in the first quarter of 2019 to 0.9%. Over the second quarter, the PMI is consistent with a pause in GDP expansion, while the September reading points to returning growth momentum at the end of the third quarter.

"Firms highlighted new projects and work related to the 2022 World Cup as driving new business, and this also underpinned stronger expectations for output over the next 12 months. The Future Activity Index surged to the highest in 2019 so far and the second-highest on record."

The Qatar Financial Centre (QFC) is an onshore business and financial center located in Doha, providing an excellent platform for firms to do business in Qatar and the region. The QFC offers it's own legal, regulatory, tax and business environment, which allows up to 100% foreign ownership, 100% repatriation of profits, and charges a competitive rate of 10% corporate tax on locally sourced profits.