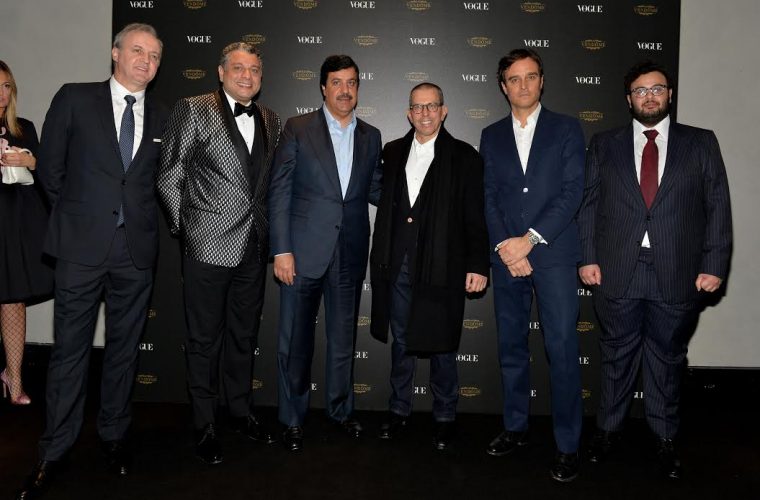 The 2017 Milan Fashion Week, which brought together some of the most influential figures in the luxury and fashion sector, saw Place Vendôme Qatar partnering with Vogue Italia to celebrate the magazine’s February edition, which was devised by the late Franca Sozzani and shot throughout by Steven Klein, the US photographer. An Issue By Steven Klein was inspired by the iconic pop artist Madonna, and highlighted the sense of mysterious and cinematographic glamour that Klein is known for.

The cocktail dinatoire, which hosted la crème de la crème of designers, brand CEOs, retailers and artists, was an opportunity to elevate Qatar’s profile as a major player and contributor to the global luxury market and to reinforce Place Vendôme’s position as a groundbreaking example of entrepreneurship, vision and execution. The evening included a spectacular performance by American singer, Fergie.

Commenting on Place Vendôme’s participation at Milan Fashion Week, Sean Kelly, Project Director of United Developers stated: “As we draw closer to the official opening of Place Vendôme, it was important for us to highlight the potential of Qatar as an attractive shopping destination in the region and Place Vendôme’s role as the gateway to Middle Eastern consumers. We are proud to collaborate with Vogue Italia magazine for the second year in a row and to strengthen our connection with some of the most prestigious Italian and international retail fashion brands within the industry.”

The Place Vendôme development draws inspiration from the famous Parisian high-end shopping street, Rue de la Paix, of which Place Vendôme is the starting point. Slated to open in 2018, the 1000,000m² project will host two five-star luxury hotels and serviced apartments operated by Starwood Hotels & Resorts Worldwide, Inc. This will be in addition to a mall featuring up to 600 different retail outlets and a central entertainment amphitheater. Place Vendôme is set to bring a unique experience of fine fashion, luxury, lifestyle and architecture to the Middle Eastern region.