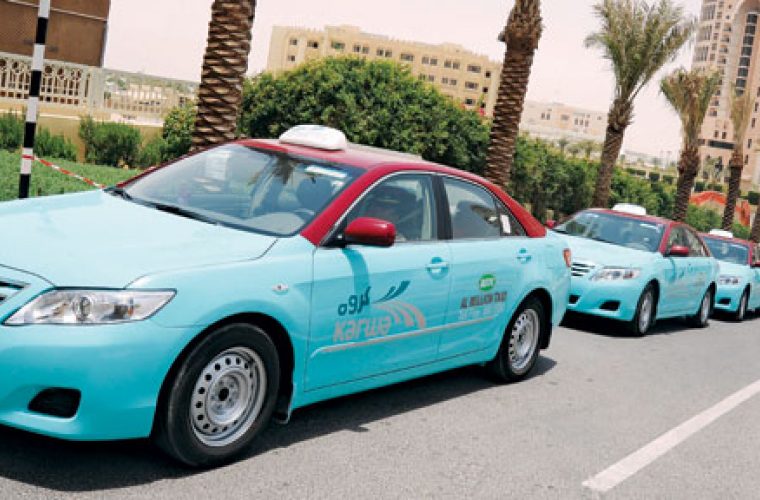 Many Al Million taxis have been off the roads since Saturday with cabbies saying they didn’t report for work because of disputes over payment terms. Some protesting drivers returned to work last evening, it has been learnt. Many drivers who have been working on a daily rental basis say that they are not happy with the current system and have been telling the management to reduce the rentals. A senior official of the company, however, said that the management was not informed of any strike. “Many of our drivers prefer to take their day off on Saturdays or Sundays. Some taxis were off the roads on Saturday due to continuous rains,” the official told this daily last evening. Al Million has about 650 taxis and employs more than 1,000 drivers. The company operates as a franchise of the state-backed Mowasalat that runs Karwa buses and taxis. Some Al Million drivers told this daily that they were forced to pay QR235 as rental to the company (for 12 hours) daily, irrespective of how much they actually earned. Those on full-day rentals are required to pay QR300. These drivers have to pay for the fuel as well. “We are asking the company to reduce rentals to QR200 and pay for the fuel or fix rentals at QR180 when we pay for petrol. The QR300 rental for 24 hours needs to be reduced to QR250,” said a Sri Lakan driver, adding he didn’t work on Saturday in protest. He said most drivers under the 12-hour daily rental system struck work on Saturday. There are drivers who are working on a monthly salary basis. He said the company was not informed about the undeclared strike and the issue was brought to its notice yesterday. “No one from the management inquired us about being absent on Saturday. Maybe, they are under the impression that we didn’t report for work due to rains,” said another taxi driver. He said the management didn’t come out with any solution yesterday but asked protesting drivers to return to work. “We still hope for a positive response from the management.” Drivers said they would stick to their demands as it was proving difficult to pay rentals and meet their daily expenses. “Some days we pay from our pockets and there are days when we don’t have even a few riyals for food and other expenses,” lamented another driver. Disputes over the rental issue is not new to the taxi sector. Similar incidents were reported earlier from Al Million and other taxi operators. http://thepeninsulaqatar.com/news/qatar/268096/payment-row-hits-al-million-taxi-service