Oryx Rotana, the five star luxury business hotel in Doha, has achieved occupancy rates of 94% in the fourth quarter of 2015, in comparison to 91% occupancy rates during the same period of the last financial year. The hotel witnessed an upward occupancy growth in guest rooms, suites as well as F&B outlets. 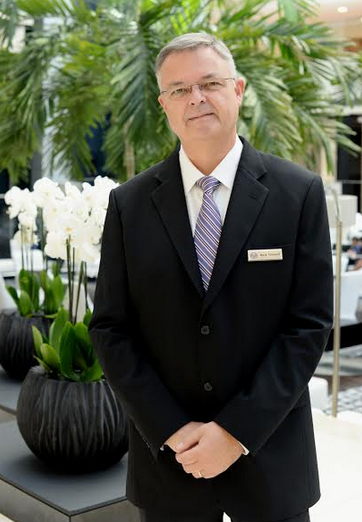 Mr. Mark Timbrell, General Manager at Oryx Rotana while commenting on these records, said: “At Oryx Rotana, we have seen dramatic levels of demand, which has resulted in higher occupancy levels. We enjoyed a relatively high occupancy rate that can be attributed to the hotel guests comprising locals, expatriates as well as visitors to the State of Qatar, especially from the GCC and Europe. In fact, we attracted all segments of the community who visited our hotel and offered them an opportunity to enjoy various outlets and diverse services.”

“Oryx Rotana recorded high occupancy rate during the last quarter of last year reaching 94%, as a result of the good reputation we enjoy. This was reflected by the guests’ opinions, especially on social network sites which supported the position that we are in,” he added.

The General Manager of Oryx Rotana also pointed out that there are a few ongoing plans as well as future strategies that will help strengthen the position of the hotel both locally and regionally. He stressed that the hotel is known to be the “destination of choice” to all members of the local community, who have visited Oryx Rotana and are acquainted with the level of the services provided.

Timbrell concluded that Oryx Rotana will put in place the maximum marketing efforts through promotions on social network sites, especially with updates and renovation carried out by the hotel. For instance, the "Sky Lounge" cafe located in the lobby of the hotel, has recently been renovated, and offers a range appetizers, as well as tea and coffee.