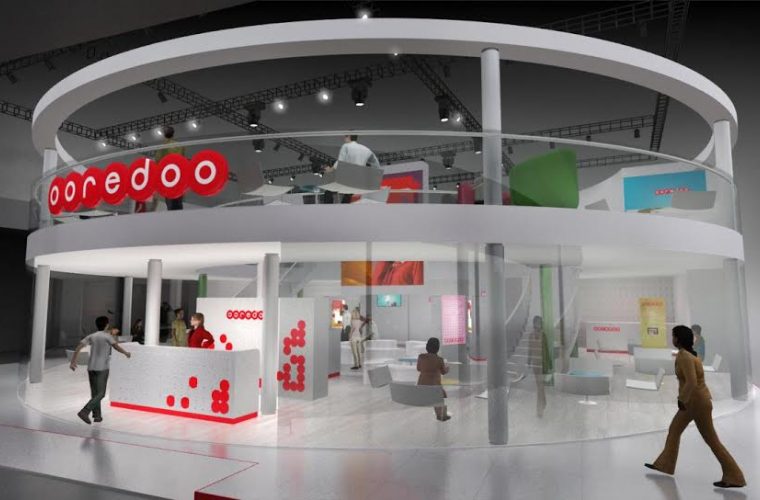 At Mobile World Congress 2014 in Barcelona, Ooredoo will showcase the impact of its life-enhancing mobile services, one year after launching its new brand at the event in 2013.

The theme of this year’s GSMA Mobile World Congress is “Creating What’s Next,” demonstrating how mobile technology is a catalyst for change and innovation.

In line with the Mobile World Congress theme, and the company’s core promise of promoting human growth, Ooredoo will display innovative mobile initiatives from across its footprint in the Middle East, North Africa, and Southeast Asia.

Dr. Nasser Marafih, Group CEO, Ooredoo, said: “Twelve months on from revealing our new brand to the world at Mobile World Congress 2013, and committing our whole company to supporting human growth, Ooredoo has many examples of how we are helping customers enhance their life opportunities from our many markets. Ooredoo has achieved a great deal and we are now returning to the event with a full suite of initiatives that have supported innovation and development, as well as the hopes and aspirations of our customers.”

Among the life-enhancing services being showcased on its stand, Ooredoo will display Indosat’s mobile money service “Dompetku” for customers in Indonesia; Ooredoo Tunisiana’s career guidance and financial literacy service called “Naja7ni” for youth in Tunisia- the first of its kind in the MENA region; and Asiacell’s “Almas” (Diamond) line which has played a significant role in empowering women in Iraq, providing hundreds of thousands of women with access to mobile technology for the first time.

Demonstrating how it fosters innovation through local entrepreneurship, Ooredoo intends to bring to market a new range of apps, and support entrepreneurs through driving an innovation ecosystem across its markets.

Ooredoo will also feature the winning app of the GSMA mWomen Design Challenge, an Indonesian-based women-empowering mobile app called WOBE; and the winners of the Ooredoo-sponsored Arab Mobile App Challenge, as they compete against global mobile app developers in the GSMA University Mobile Challenge.

Ooredoo’s recently-launched research study, “New Horizons”, demonstrates the extent to which the next generation are looking to technology to provide jobs, education and to fulfil their aspirations for a better life. In the study, which surveyed more than 10,500 young adults across seventeen countries in the Middle East and North Africa region, 91 percent of youths said that they believe technology is the basis of a modern, forward-thinking and functioning society.

Further driving home the impact of mobility on education and career development, Ooredoo Tunisiana’s mobile service Najja7ni, which had more than 800,000 users only a few months after its launch, was recently presented as a key case study at the UNESCO Mobile Learning Week in Paris, France.

Uniting youth through the power of sport, Ooredoo and the Leo Messi Foundation will display a series of online stories, about how Ooredoo has enriched children’s lives across its footprint, as part of the ongoing “Play for Dreams” programme.

Ooredoo, as the official sponsor of the 2014 Ministerial Programme –events designed to bring together international regulators, government executives and national leaders –intends to use its programmes as case studies to urge governments, technology companies, and industry bodies to collaborate on strengthening the social impact of mobile innovation.

Ooredoo will argue that the industry as a whole needs to collaborate to remove the barriers that prevent people from accessing the full benefits of mobile technology. Using its own experiences from its broad range of community and innovation-based initiatives, Ooredoo aims to demonstrate that mobile technology can be a significant stimulus for human growth.

The Ooredoo Pavilion is located at 2M60 at the Fira Gran Via at Mobile World Congress. The event runs from 24-27 February 2014.