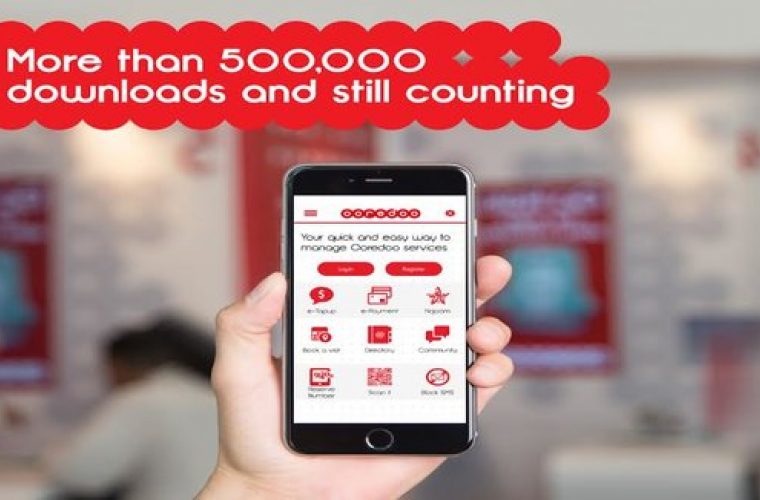 Ooredoo has today announced its Ooredoo App has hit over 500,000 downloads, a milestone for the company after the services launch in late 2013.

The Ooredoo App, which has seen a host of upgrades and features added since its introduction, was launched to enable customers to easily manage their subscriptions and accounts in a smarter and faster way.

Originally customers could conveniently view their usage and pay their Ooredoo bills, top-up their Hala credit, manage their Shahry accounts, redeem Nojoom Points, reserve Easy-to-Remember numbers and search the phone directory, all from the convenience of their mobile device.

Since its introduction however the app has revamped its services to offer a full range of self-service options for customers from across its portfolio, giving users more control with features such as the ability to change or upgrade plans, subscribe to services on the go like Mobile Internet Packs, activate the Ooredoo Passport for low cost roaming, and book appointments at Ooredoo Shops from their device.

Talking about the milestone Fatima Sultan Al-Kuwari; Director Community and Public Relations, Ooredoo Qatar, commented: “The Ooredoo App was one of the first self-service programmers in the region and we’re proud to see how far it has come. We’ve listened to peoples feedback and expanded its services to make the App a truly one-stop-shop for all our customers daily Ooredoo needs. In 2016 we aim to add even more to the service, and promise to invest even more in digital content so that our users can stay connected to our Supernet 24/7.”

The Ooredoo Mobile App will work with all smartphone devices, and Ooredoo aim to add several new smart features to the apps toolbox in the near future.

The mobile app is available for free download on Google Play or iTunes for customers who have iOS, Android or Blackberry smartphone now. For more information about the Ooredoo Mobile App please visit www.ooredoo.qa.