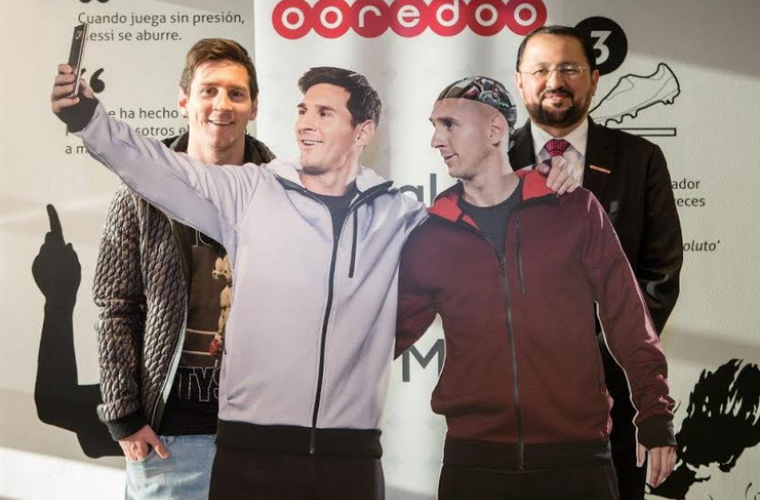 Following on from the remarkable success of Ooredoo’s “Simply Do Wonders” advertising campaign with Lionel Messi, the company today launched “Together We Do Wonders”, a sequel to the award-winning campaign, which will again feature Ooredoo’s Global Brand Ambassador, Lionel Messi.

The commercial, which features the same young cast as the previous film, plays on Ooredoo’s key themes of teamwork, technological skills and striving to do your best.

This time around, as well as highlighting the possibilities that technology can bring, Ooredoo is also using the campaign to showcase its global CSR initiatives and its support for sport across its footprint.

As part of the campaign, Ooredoo has launched a dedicated micro-site with an online strategy game, “Stand for Good”, at www.standforgood.com. The game asks players to digitally “capture” a football pitch in locations across Ooredoo’s footprint, and then asks them to hold the pitch for 12 hours in order to be entered into a draw to win a return flight to Barcelona to meet Messi and watch him play.

As well being able to enjoy the online game, players will also have the opportunity to champion some of the key community projects supported by Ooredoo, such as the Mobile Health Clinics in Indonesia, Myanmar, Algeria and Tunisia in partnership with the Leo Messi Foundation.

Speaking at the launch event in Barcelona, Waleed Al Sayed, Deputy Group CEO, Ooredoo, said: “Our first campaign encouraged young people to ‘simply do wonders’ – to be the best they could be, which is something we hope to inspire across our footprint. Our new ‘Together We Simply Do Wonders’ campaign aims to inspire young people to help those in need, and support sport for the less fortunate. We’re very proud to continue our great work with Leo Messi, and thank him for his on-going support for our initiatives.”

Lionel Messi, football star and Ooredoo Global Brand Ambassador, said: “The Leo Messi Foundation is pleased to work with Ooredoo on a wide range of programmes to support people around the world, and I’m delighted this new campaign enables fans to make a contribution to and raise the profile of these efforts.”

Ooredoo’s CSR initiatives supported by the campaign include its work with the Leo Messi Foundation on its mobile health clinic programme, which provides healthcare services for remote areas in Indonesia, Myanmar, Algeria, and Tunisia.

The programme, which brings healthcare to disadvantaged communities, delivered brand-new mobile health clinics in Algeria in 2015, and provided services to 73 villages in Myanmar, with 75% women as beneficiaries. The Mobile Health clinics have also been highly active in Indonesia with 16 mobile clinics travelling across the region.

You can play “Stand for Good” at www.standforgood.com.

You can see Ooredoo’s new “Together We Do Wonders” advert at: https://www.youtube.com/watch?v=ToTHkjEEjFE