Ooredoo Launches in Myanmar with Series of Firsts 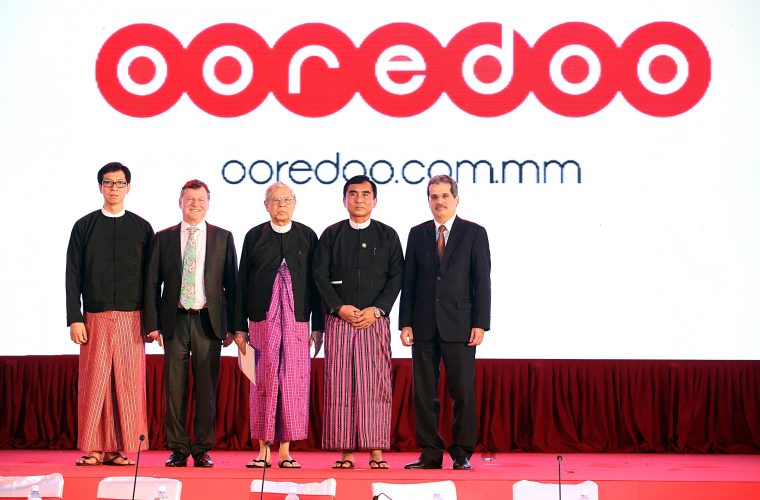 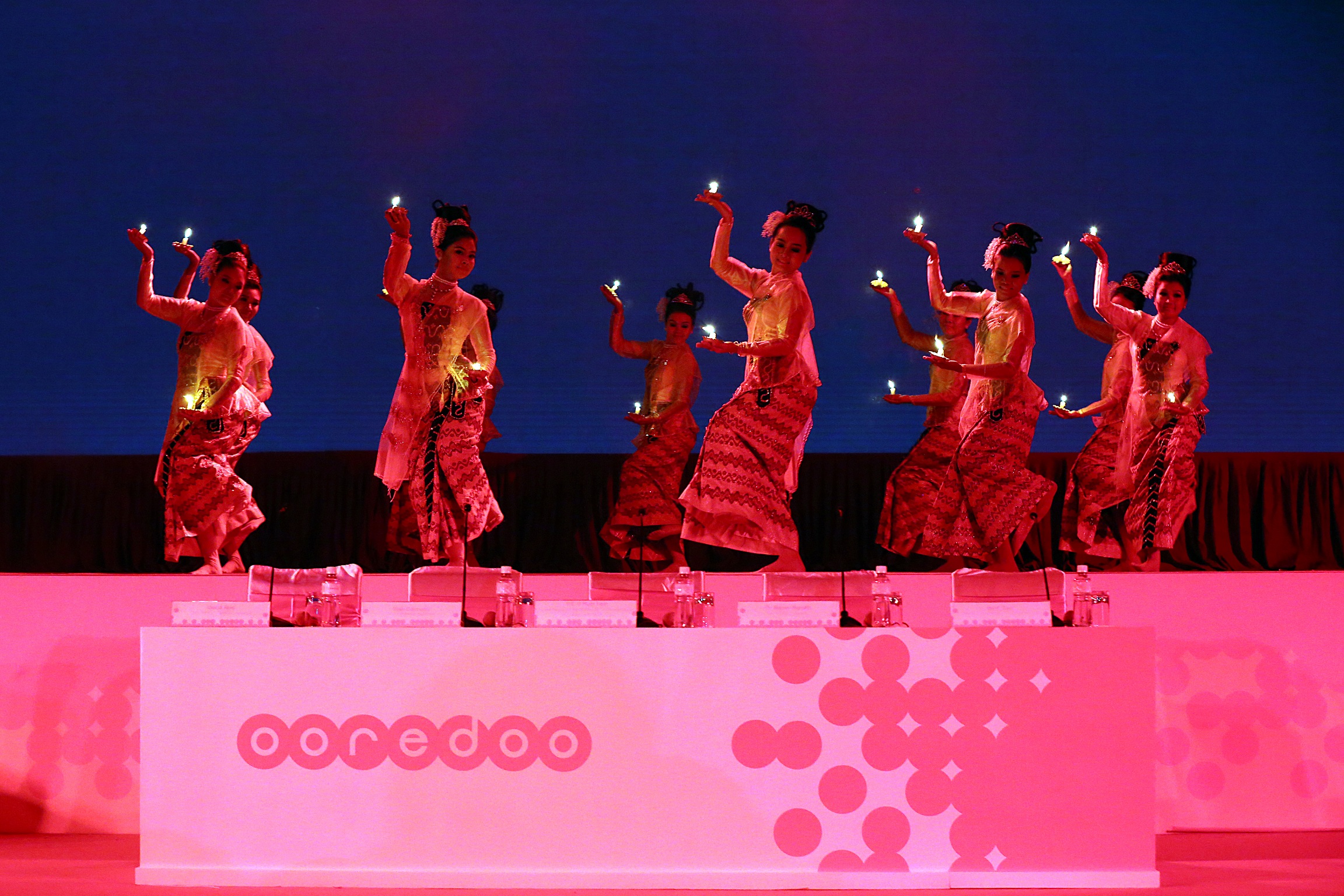 The event was attended by Dr. Nasser Marafih Group CEO, Ooredoo; H.E. U Myat Hein, Union Minister of Communications and Information Technology, Myanmar; U Than Htun Aung, Director of Posts & Telecommunications Department, Myanmar; alongside other VIP guests, senior representatives from Ooredoo and media.

The event marked the first time that affordable telecommunications services have been made accessible for Myanmar’s people, as well the first time in the country’s history that access to the internet via a mobile device has been widely available.

Ooredoo has achieved a world first by rolling-out a new network using next generation UMTS900 technology, which offers customers in Myanmar a world-class 3G service with crystal clear voice calls and fast internet, as well as providing a solid foundation for a future move into 4G services. 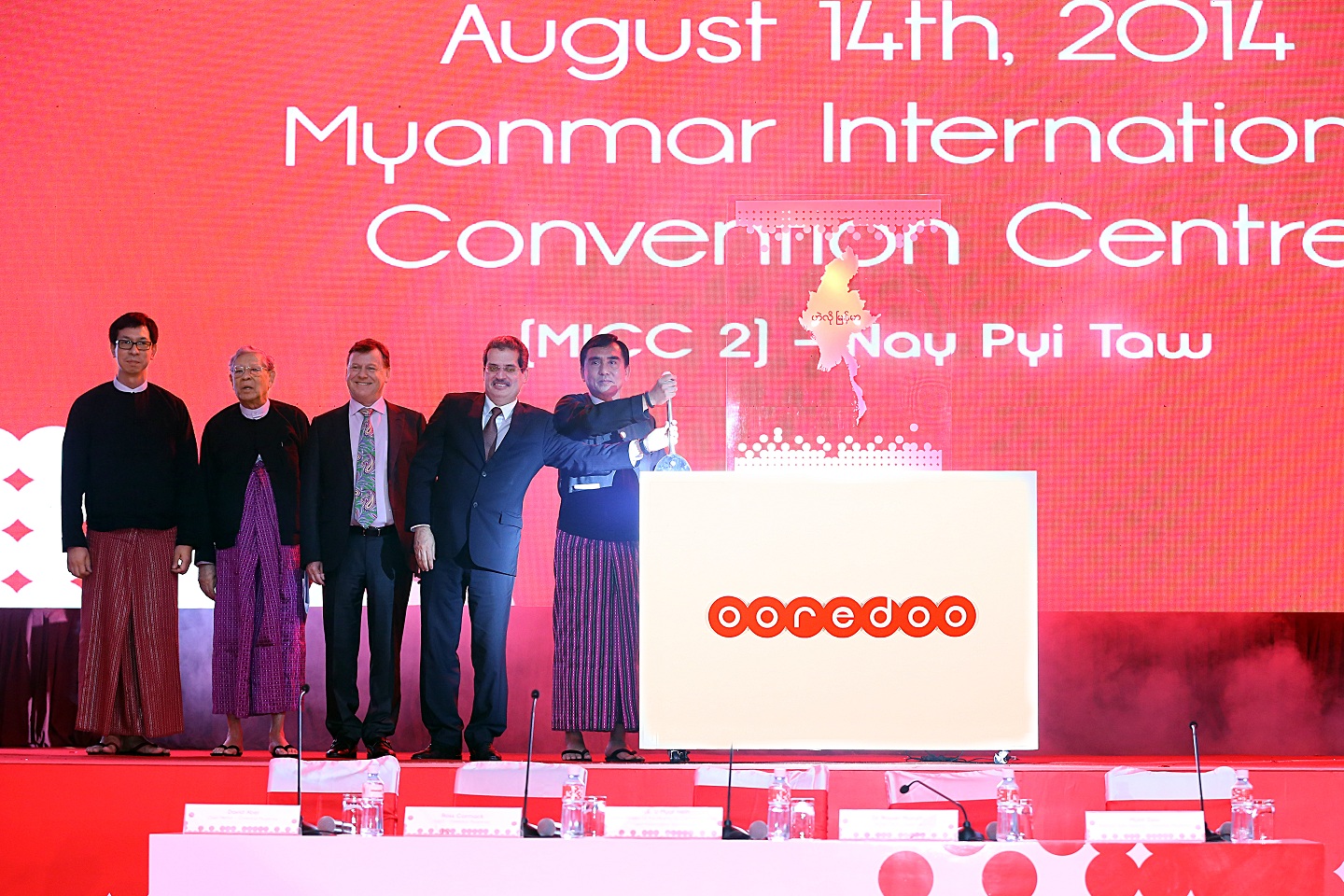 H.E. U Myat Hein, Union Minister of Communications and Information Technology, said: “Today’s event marks a turning point in our country's development, a truly historic moment. Over the past few years, the Union Government and Ministry of Communications and Information Technology have worked hard to lay the foundations for the creation of a competitive telecommunications landscape that serves our people. With the introduction of Ooredoo’s services, our citizens will have an opportunity to choose the operator and services they use based on the quality of service, price and customer care. This will be a highly competitive market as our people are hungry for world-class communications services at affordable prices.”

During the launch ceremony, Dr. Nasser Marafih, Group CEO, Ooredoo, commented on the company’s success in Myanmar since winning one of two commercial telecom licenses in 2013.

Highlights in the past 12 months included constructing the towers that deliver next-generation technology and its life-enriching benefits, creating employment opportunities for Myanmar’s people and engaging with communities across the country as the company works to become part of the nation’s everyday life.

Dr. Nasser Marafih, Group CEO, Ooredoo said: “A little over a year ago, we committed to breaking down all the barriers that limited the people of Myanmar’s access to high quality voice calls and a fast internet experience. One of the many reasons we are excited to be here in this wonderful country is that we strongly believe everybody has the right to experience the life-enriching benefits of mobile technology and the internet. We connect families and communities, we power innovation and we help youth fulfil their potential. Our vision is to enrich the lives of all the people of Myanmar and from what I have seen of the past two weeks we really are starting to deliver on this vision.” 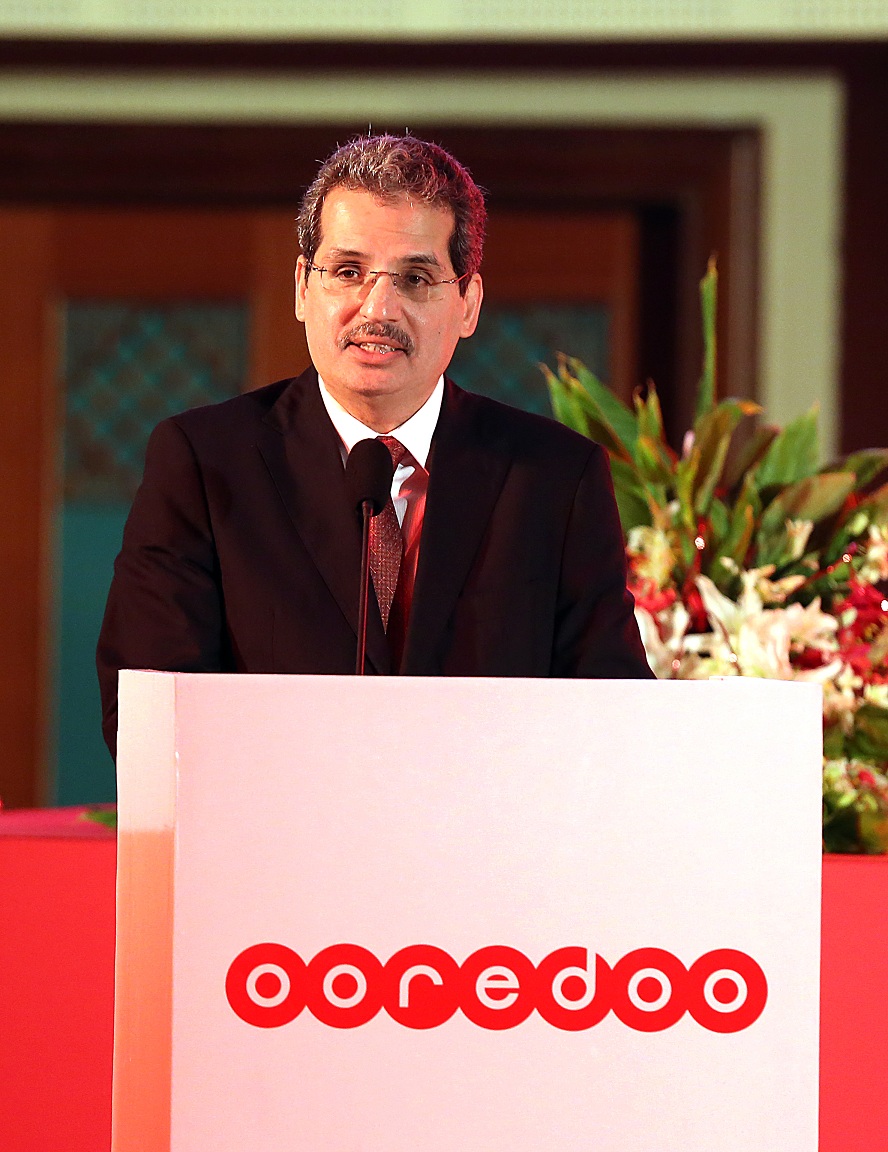 Ooredoo has currently launched in Myanmar’s three major cities and surrounding regions, initially covering 68 cities and towns and 7.8 million people. The network will rapidly extend beyond these three main cities to include 25 million people by the end of the year, as the company brings the benefits of connectivity to as many people as possible.

With Top-Up vouchers available from just $1, and for sale at 30,000 outlets across the country in addition to the 6,500 dealers selling Ooredoo SIM cards, the company is focused on ensuring accessibility for all. It has also launched a series of introductory internet bundles and chat packs.

As part of Ooredoo’s commitment to supplying Myanmar’s diverse population with the life-enhancing capabilities of smartphones, the company is also offering affordable handsets through launch promotions, such as the Samsung Galaxy V bundle, which offers the device and a package of minutes, SMS and data at an affordable price.

Ross Cormack, CEO, Ooredoo Myanmar, commented: “We are so excited to have met our commitment to bring mobile telecommunications to the people of Myanmar, edging us ever closer to being able to serve the nation’s huge appetite for mobile technology. We are here today to bring our next generation network with the world’s most advanced 3G technology to the people of Myanmar all at affordable prices.”

“This means Myanmar’s people can say hello to anyone they like using Ooredoo’s crystal clear voice services and surf online all day long with our amazing, fast internet bundles. It’s fantastic that from today these will be a part of Myanmar’s vibrant everyday life,” he added.

Following its launch across the country, Ooredoo aims to release more services and bundle offers to cater to the diverse population’s communications needs.

The company has already announced plans for a range of life enhancing services that will support the nation’s high demand for education, help improve maternal healthcare, provide solutions to help the country’s unbanked and supply technology that will improve the productivity of the nation’s large agriculture sector.