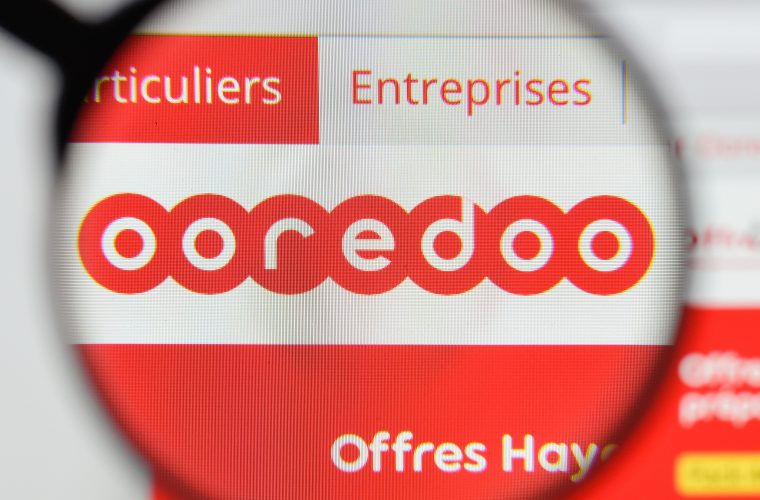 Ooredoo Group announced Monday the results for the half-year ended 30 June 2019, reporting a net profit of QR 841 million, an increase by 22% compared to the same period last year which amounted to QR 689 million.

The Group's EBITDA for H1 2019 increased by 2% year-on-year to QR 6.3 billion with a corresponding EBITDA margin of 44% supported by a positive impact from the new IFRS 16 accounting standards.

Revenues of the first half of 2019 stood at QR 14.5 billion, a decline of 4% compared to the same period last year, impacted by an industry-wide shift from voice services to data services, and other factors.

Commenting on the results, H.E. Chairman of Ooredoo Sheikh Abdullah bin Mohammed bin Saud Al-Thani said that Ooredoo Group reported a solid set of results for the first half of the year with Revenue of QR 14.5 billion and a 22% increase in Net Profit despite the pressure in the operating environment in the markets and industry challenges associated with the decline in voice revenues.

HE underlined that Ooredoo will remain focused on providing reliable connectivity and innovative products to its customers, expressing pride to be at the forefront of the global 5G revolution.

"In our home market in Qatar, we now have around 100 live 5G sites as we prepare our network to cater to the future needs of our customers. We are proud to play our role in facilitating a tremendous opportunity that 5G will bring to people and business and have now launched a commercial 5G network in Kuwait as well," HE added.

For his part, H.E. Group Chief Executive Officer of Ooredoo Sheikh Saud bin Nasser Al-Thani said: "During the period we invested further into our networks while at the same time improving the profitability of the company. Indosat Ooredoo, our second-biggest market in terms of contribution to revenues, continues to turn around its business delivering robust growth across the board. This was underpinned by our strategic refresh designed to create a more loyal customer base with lower churn rates, following the implementation of regulation for SIM card registration. As a result, Indosat Ooredoo reversed the trend and started to add new customers again."

"In Oman, we grew our customer base by 5% as we launched exciting new features through our AI-powered chatbot, whilst in Myanmar, our customer base surged 19% despite increased competition from a fourth telecommunications operator. In Kuwait, we launched 5G and we substantially grew our EBITDA supported by careful execution of our cost optimisation initiatives and enhanced operational efficiency. In Algeria, our data traffic more than doubled year on year, as we extended our 4G coverage to 58% of the population." HE added.

Ooredoo Qatar continued to hold a strong leadership position at the end of the first half of 2019, with both fixed-line and mobile networks ranking among the fastest globally. Reported revenue was slightly lower at QR 3.7 billion (H1 2018: QR 3.9 billion), due to a fall in handset sales while EBITDA increased to QR 2.1 billion (H1 2018: QR 2.0 billion). Customer numbers remained stable at 3.3 million.

Ooredoo is an international communications company operating across the Middle East, North Africa and Southeast Asia. Serving consumers and businesses in 10 countries, Ooredoo delivers the leading data experience through a broad range of content and services via its advanced, data-centric mobile and fixed networks.

Ooredoo generated revenues of QR 30 billion as of 31 December 2018.