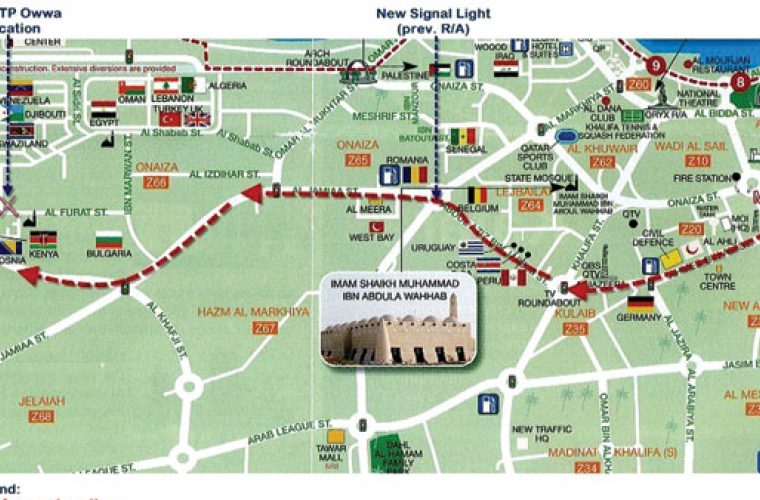 The Philippine Overseas Labour Office and the Overseas Workers Welfare Administration (POLO-OWWA) office are set for a soft opening of their new premises in the Onaiza area in West Bay on February 1.
Labour attaché Leopoldo De Jesus told Gulf Times that the new building is located at Zone 66, at the corner of Al Surat and Quosoun streets, about 2km from the Philippine embassy in the Jelaiah area. It is near the Kenyan embassy.
He said the three-storey villa sits on a 725-sq m plot and it could house other attached government offices and agencies which include Pag-Ibig Fund, PhilHealth and Social Security System. It will also be the new home of distressed overseas Filipino workers (OFWs).
POLO-OWWA had earlier announced that it will move to a villa which was about 300m away from the embassy on November 1 last year.
However, talks between the two parties reportedly failed due to some disagreements. This villa is also a three-storey building but sits on a bigger lot.
De Jesus disclosed that they have started shifting from their old office near the Hamad Medical Centre to the new location early this month.
“We want to serve our compatriots well and it will now be easier for them to go to the embassy from our new office or vice-versa,” he said, hoping the setup will serve as a “one-stop-shop”.
The move is part of the Philippine government’s “one country team” approach where all its representatives posted abroad shall act in unison under the leadership of the ambassador.
The labour attaché said he will work closely with dozens of Filipino organisations and groups in Qatar to inform all OFWS how to reach the new office.
Hundreds of OFWs visit the embassy and these attached agencies daily to avail of various government services and assistance.
A copy of the map will be posted online through social networking sites such as Facebook, Twitter and Instagram.
Filipino expatriates visit the POLO-OWWA to get Overseas Employment Certificates (OECs) – a document presented to airport officials in the Philippines upon exiting the country. Airport officials waive travel tax and terminal fees for documented OFWs (OWWA members). They can also get OECs at OWWA offices in the Philippines.
With the demand for skilled workers rising, De Jesus has expressed optimism that the number of OFWs in Qatar will increase in the coming years. The embassy said that there are currently about 200,000 Filipinos in Qatar.
Besides professionals such as engineers and nurses, POLO-OWWA has also disclosed earlier that they have been receiving an average of 12 to 15 contracts of Filipino household service workers (HSWs) for verification every day during the past four months.