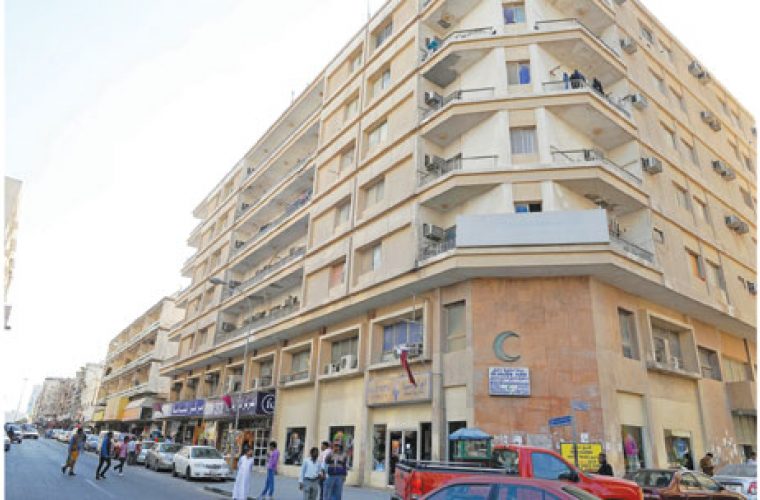 Dozens more shopkeepers in the heart of Doha are preparing to relocate as the premises could soon be demolished to make way for upscale developments.

Many shops on Wadi Musherib Street near Mercure Grand Hotel Doha (formerly Sofitel Hotel) and Doha Petrol Station have been served with evacuation notices by the Ministry of Municipality and Urban Planning.

People living in residential units on the upper storeys of the shopping complex will also have to evacuate, complying with the notice.

Buildings in the popularly known ‘Sofitel area’ where a computer market is also located will be demolished in phases. The Sofitel complex is one of the oldest landmarks.

Doha Palace, another landmark in the area, has been closed since a month and will be razed.

However, a senior official at the hotel told this daily yesterday that they had not received any evacuation notice and “the hotel will remain as it is”.

The civic ministry served the final notice to shops on the street on January 5. Most occupants said they are hapless since they must look for alternative commercial spaces at affordable rent within days. They said they will not relocated until electricity and water supplies are disconnected.

January 12 was the deadline for the shops to leave the premises but until yesterday afternoon majority of them were open for business.

Some shopkeepers said they will leave soon.

Shop owners have not renewed the rent agreements of their tenants for 2015.

And nearby shopkeepers not served with any notice yet said their rent agreements were renewed for six months and they too would have to leave.

“Here, we pay between QR7,000 and QR10,000 as monthly rent. But finding a place at the same rent in an area where we can have good business is not easy,” said a shopkeeper who deals in garments.

An employee of an eatery behind the street said, “The deadline has expired, we will move when electricity and water services are disconnected.”

“Many of us come to this area for shopping. Here things are cheaper and we also get to meet friends. I hope they will relocate to another place where access is easy,” said a single worker from Bangladesh, introducing himself only as Ibrahim.