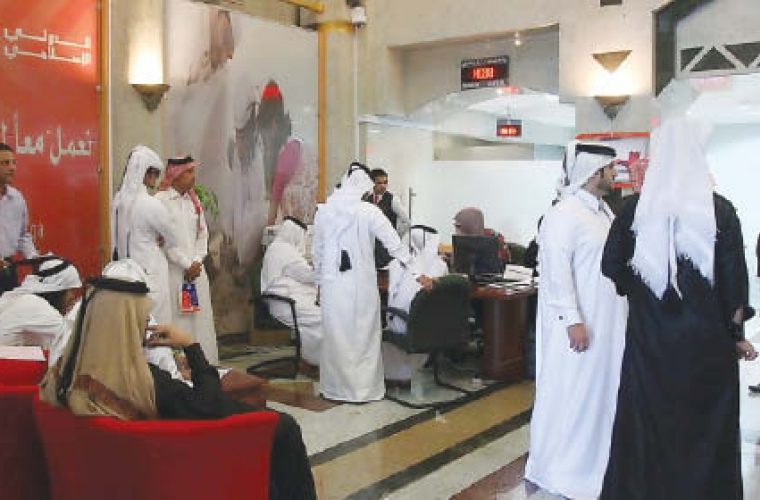 The turnout of Qataris to apply for Mesaieed Petrochemical Holding Company’s IPO has risen remarkably after the company announced it will pay out four months’ extra dividend to the successful subscribers in March or April, banking industry sources say. However, some people complained of shortages of subscription forms and prospectus of the primary issue at the headquarters of various banks at the Grand Hamad Avenue last Thursday. But banking industry sources say the forms were exhausted and the company would supply more by tomorrow. “The company announcing the Emiri gesture of distributing cash dividend has inspired increased rush for the IPO,” said Abdullah Saleh Al Sharif, a Qatari, adding he couldn’t get a form on Thursday. He said the company issued clarifications recently about the IPO that legal guardians would be able to trade in 50 percent of the shares allotted to their wards (Qataris under 18) and that had also enthused many to apply for the offer. People were waiting for such clarifications because earlier it was believed that all shares allotted via the IPO to underage Qataris would be frozen by the company until they attained majority. Community sources, however, say some people are still waiting to apply for the issue as they are waiting for banks to liberalise their lending policy for the IPO. “Banks are giving away loans for the IPO but the margins are high and the tenures of repayment shorter,” said a community source. “Some of us are waiting, anticipating that banks would revise their policy and give away larger loans on better terms for longer tenures,” he said. Banking industry sources said there was large turnout of applicants for the IPO last Wednesday and Thursday. “I believe that the announcement of the extra dividend to be paid out a couple of months after the allotment, and clarifications by the company have inspired more people to apply for subscription,” the source said. Banks have set up counters and deployed special staff to help subscribers fill up the forms and deposit the application money. Banking industry sources said nearly all bank branches (except the foreign ones) have enough forms and prospectus, but for some reason more people were coming to the main offices of the banks at the Grand Hamad Avenue. Al Sharif said there was excitement in the community about the IPO since it was being looked at as an Emiri gesture and a long-term investment. http://thepeninsulaqatar.com/news/qatar/267909/more-citizens-applying-for-ipo