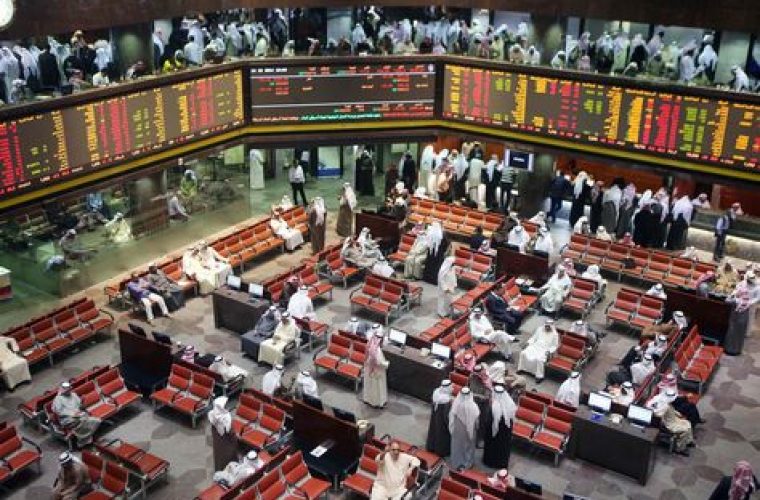 Middle East stock markets fell on Sunday after oil prices dropped to their lowest levels since March, and even better-than-expected earnings from the region's biggest listed firm, Saudi Basic Industries, could not offset the overall gloom.

Brent and US crude futures on Friday posted their fourth straight weekly decline as weak economic data from China and a rise in US oil drilling rigs pressured them.

Gulf investors had ignored smaller oil price movements in the last few weeks, but with Brent below $55 per barrel and US oil under $50, crude once again grabbed their attention.

Petrochemicals giant SABIC rose 0.7 percent to 99.00 riyals after posting a profit of 6.17 billion riyals ($1.64 billion) for the quarter, down from 6.46 billion riyals a year ago but well ahead of the average estimate of nalysts surveyed by Reuters, 4.96 billion riyals.

Saudi Arabian Mining Co. (Ma'aden) lost 1.3 percent after the price of one of its products, copper, fell to a six-year low as Chinese manufacturing contracted by the most in 15 months in July.

Banque Saudi Fransi fell 2.6 percent as its shares no longer carried a semiannual dividend. Herfy Food was down 1.0 percent for the same reason.

Dubai's index fell 1.3 percent as all but a handful of stocks declined. Lender Emirates NBD, down 2.3 percent, was one of the main drags on the benchmark. It had risen 10.4 percent last week on strong second-quarter results.

Amlak Finance, which had gained about 150 percent since the stock resumed trading in early June, dropped 3.6 percent. Many institutional investors believe the stock's dramatic rise was fuelled by speculation and it is overvalued by commonly used metrics.

National Central Cooling Co. (Tabreed) was one of just a few gainers, climbing 0.7 percent after posting a 2 percent increase in second-quarter profit.

Qatar's index edged down 0.3 percent and heavyweight Ezdan Holding was the main drag, sliding 1.1 percent ahead of its second-quarter earnings announcement. After trading closed, the firm which has interests in real estate, finance and other industries, reported a 30 percent rise in second-quarter net profit.

Egypt's market gave up early gains and closed 1.0 percent lower with most stocks in the red.{PHDC.CA;PCTCHNG}

"I think it's just profit-booking in some property names and banks," said Harshjit Oza, analyst at the Cairo-based Naeem brokerage.

Also, Palm Hills Development tumbled 6.2 percent ahead of the addition of new shares placed through a rights issue, which will dilute the existing stock.