Lusail Winter Wonderland's rollercoaster to be named The Ooredoo 5G 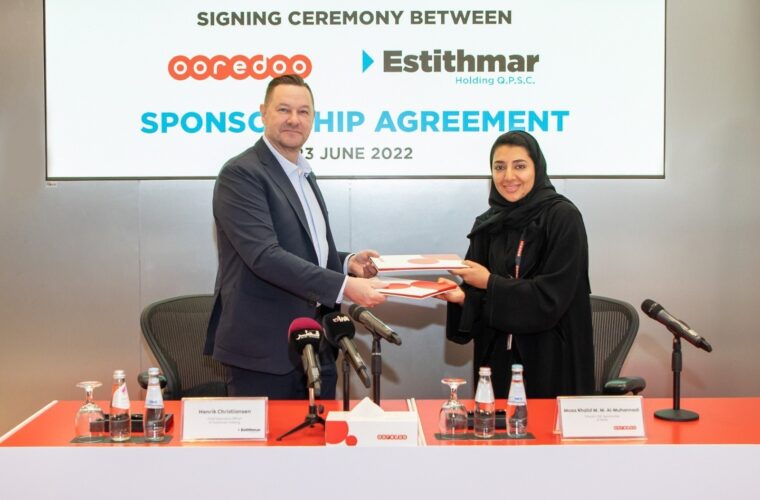 Ooredoo, pioneer of high-speed mobile internet, has announced it is to be one of the main sponsors of the upcoming Lusail Winter Wonderland leisure attraction.

The signing ceremony between Ooredoo and Estithmar Holding Q.P.S.C was held on Thursday 23 June at Ooredoo Tower in West Bay, Doha.

One immediate outcome of this new synergy is that the event’s rollercoaster attraction will be named The Ooredoo 5G. Going forward, it is anticipated that both enterprises will cross over significantly in their social media activities. For instance, future viewers of Ooredoo content will be able to see exclusive materials created and filmed at the world-class entertainment destination.

With 1.5 million people expected to visit Lusail Winter Wonderland annually, the world-class theme park is set to be an important leisure destination that will contribute significantly to attracting regional tourists and enhancing the tourism and entertainment experience in Qatar.

Mr. Henrik Christiansen, Group Chief Executive Officer of Estithmar Holding Q.P.S.C, said: “We are pleased to partner with Ooredoo and welcome their significant contribution to sponsor Lusail Winter Wonderland, the unique attraction expected to attract tourists from around the world. We believe that our world-class hospitality and entertainment projects improves the tourism and entertainment experience in Qatar, and diversify the options for the community and tourists. Estithmar Holding aims to be an active contributor to the growth of tourism internally, and to consolidate Qatar’s position on the global tourism scene.”

Mrs. Moza Khalid Al-Muhannadi, Director CSR, Sponsorship and Media of Ooredoo said: “We are delighted to be working with Lusail Winter Wonderland as one of the main sponsors. Qatar is fast becoming one of the most popular tourist destinations in the world, and we are always excited to see new attractions being added to the already extensive list of tourist and leisure destinations in our country. With the Ooredoo name prominently displayed at the venue, the naming of The Ooredoo 5G and the on-site Ooredoo booth, this sponsorship represents an excellent opportunity for continued customer engagement.”