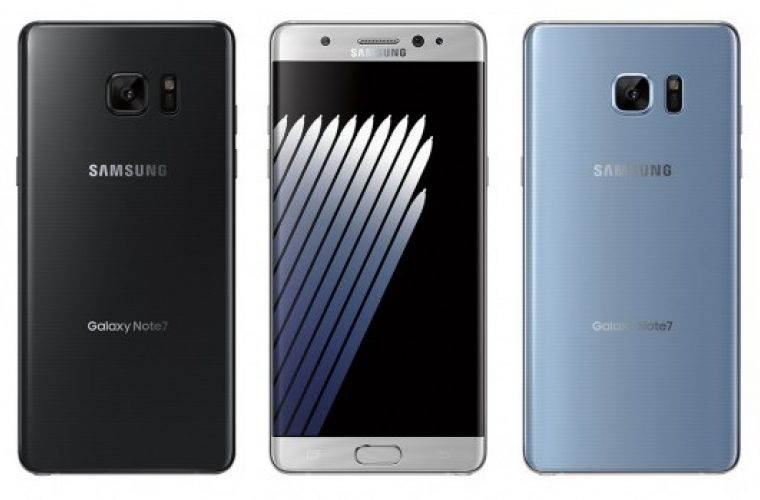 Mobile phones are now a part of our daily life and they are getting smarter everyday. While new mobile phones and technologies are being launched often, there are some that really catch our fancy, the Samsung Galaxy Note 7 is sure one of them.

The new note will be called the Note 7 even though the last model launched in 2015 was called Note 5 because if we count up Notes 1-5 and add in the little-remembered Galaxy Note Edge, this next Note would make the line’s legitimate seventh addition. So there’s that math for you!

However, we won’t know for sure until Samsung spills the beans.

The Note’s display will look more like the S7 Edge than the straight-faced Note 5, according to an image leaked by famous leaker @evleaks. Anything’s possible, sure, but assuming it’s true, I do wonder two things. Would the screen be just as navigable with the Note’s signature pen? And with so many similarities between the Note 7 and the S7 Edge, the stylus could be the only important feature dividing the two.

Not confirmed but most likely specifications 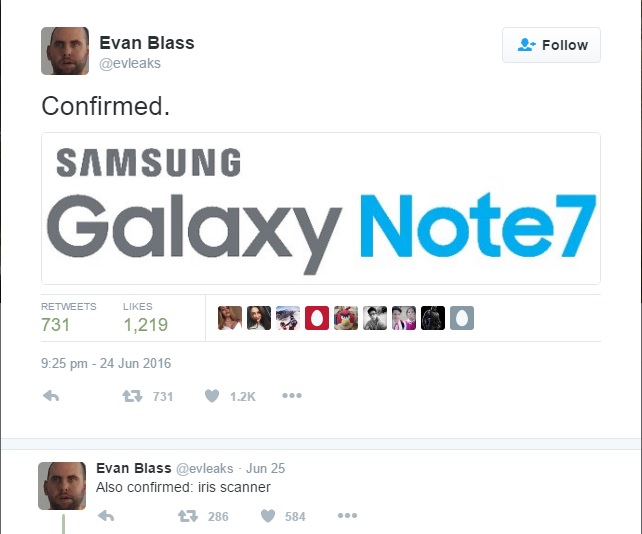 To get past an IRIS-scanning system, the unique pattern of your eye has to be recognized so you can be positively identified. That means there have to be two distinct stages involved in IRIS-scanning: enrollment (the first time you use the system, when it learns to recognize you) and verification/recognition (where you’re checked on subsequent occasions).

Production of Galaxy Note 7 reported to start in July

Gathering information from an undisclosed source, tech site ETNews has claimed that 2.5 million handsets will be manufactured by Samsung for the month of July, followed by five million then produced in August.

A leaked invitation for the Galaxy Unpacked 2016 event suggests the Galaxy Note 7 will be announced on 2 August 2016. First reported by Sam Mobile, the invitation says “the next edge is just around the corner”, with pictures of five curved lines that look somewhat like the number seven. This suggests that the new handset will be the Galaxy Note 7 edge, bringing the numbering in line with Samsung’s Galaxy S7 and S7 edge.

New software, new name. The TouchWiz interface that Samsung has used for years to differentiate its phones from other Android makers could see a major overhaul, including a potential name change. We might say goodbye to TouchWiz and open our arms to Grace, a more paired-down yet interactive take on phone software, shown in an allegedly leaked video (below) from Italian site HD.Blog.IT. It’s suggestive even if you don’t understand a lick of Italiano.

What about Android Nougat?

Notably missing from the seething rumor mill is an indication of the Note 7’s operating system. Google’s Android N, revealed this week to be named Android Nougat, isn’t out yet and won’t be until fall, so don’t expect the new Note to debut with the OS. Instead, expect Android 6.0.1 Marshmallow, with an upgrade later on, at least a few months after Google’s Nexus phones get a chance to show off all that Nougat can do.

As a rule of thumb, Samsung’s prices hover on the higher end of the scale, and a stylus-packing handset like the Note goes for more than a smaller, more mainstream model like the S7. If prices hold from 2015, expect the 64GB version of the Note 7 to be around roughly $800. Prices will vary further by region, carrier, storage capacity and promotional deals.

Samsung will officially announce the Galaxy Note 7 on August 2 at the Samsung Unpacked event. The event will take place simultaneously in 3 locations: New York City at 11AM, Rio de Janeiro Noon, and London at 4PM.

Tell us what you think about the upcoming Galaxy Note 7.